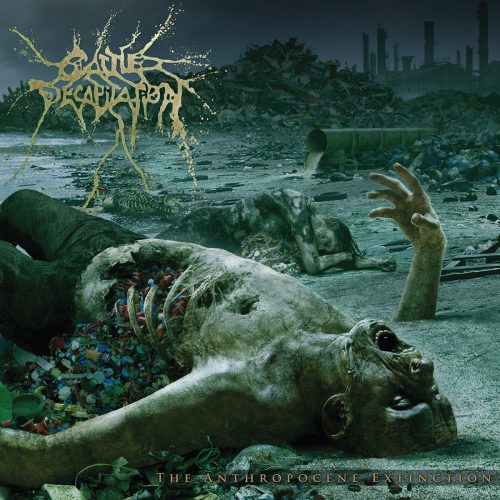 Cattle Decap remind us on The Anthropocene Extinction that we might never get to make another end of century list if we keep up the bullshit.

I recently perused The Guardian’s inconsistent and often absurd best 100 albums of the 21st Century List. While I was shocked and pleased to see PJ Harvey, Joanna Newsome and especially mighty Deftones included relatively high up and while I do love Amy Winehouse, there was some really silly shit on there as well. Really? We are still doing the kiss Kanye’s ass thing? You guys put the album with “All of The Lights” on it in the top 5? A song that praises MJ and calls for forgiveness for “misunderstood” domestic abusers who just need to be shown Rihanna’s body for the rest of their life and who jealously once they get out of jail beat up the lover of the woman the character beat up first in the song? Can we just not? Hey, redemption is great when and if it is actually deserved in life, but Ye as that character sounds like an asshole still in that song and very self-centering…and I am 100 percent certain every Clutch album released in the 21st Century is better than the majority of their list. Shit, my fucking friends bands have made better albums than a lot of that list. Not to mention we are talking about the ENTIRE world of culture and all we can come up with is Kanye and LCD Soundsystem yet again like every shitty homogeneous festival headlining package of the last decade plus? Barf.

Anyway, to each their own but…I was kind of planning on a semi-“best of” list of the last 20 years as I hate how metal and punk often are thrown to the trash heap on these lists. Instead of that however, as taste is at times subjective, I wanted to do a piece on 10 specifically punk and metal or underground albums I think deserved more love which were all fucking excellent and made between 2000-present. All of these babies certainly deserve as many fans as, say, friggin’ United Abominations, And Justice For None or Death Magnetic or whatever the heck. Here are my OWN personal picks BELOW.I am not saying these are like the best of all albums post 00′ but that they deserve revisiting and way more popularity. What are yours?

#1. Blood Brothers – CRIMES (2004).  One of the most slept on bands in general in friggin’ rock history, the Blood Brothers combined kinetic gnashed teeth semi-effeminate lost boys drunk on emotional revolutionary poetry vibes with experimental arrangements and multi-vocal brilliance. Way too smart for most rock audiences, miles ahead of the pack, they were kind of like a weird little gang you wish could change the world but who managed to create many worlds of their own in the inventive confines of each song. Crimes is my favorite of theirs, a searing meditation on shitty times under Bush that more people should have made their ’emo’ album of choice. Maybe less of them would have grown up to be red pilled under Trump if there were more Blood Brothers stans. Fucking epic gorgeously fearless rad energy entirely connected to underground history and painting in huge strokes regardless of what anyone thinks. It sounds like they really tried and actually gave a fuck.

#2. Cattle Decapitation – The Anthropocene Extinction (2015) – While it wasn’t exactly a flop, Cattle Decapitation’s The Anthropocene Extinction pushed the band ever forward and contains “Manufactured Extinct”, one of the most important “message” songs in metal in years and my favorite opening track of pretty much any metal album in the last 20 years hands down easy. The imagery also was fantastic. Instead of cliché murdered women like so much sub-par death metal, the band subverted tropes and show drawings of corpses we are desensitized to often in metal bursting from plastic in the belly like so many animals who suffer under human mistreatment of the entire world. The result was thrilling and disturbing on many levels.

#3. Ava Inferi – BLOOD OF BACCHUS (2009) – Portugal’s Ava Inferi deserved so much more. They were one of the more brilliant darkly romantic bands I have ever heard, just huge well-tempered compositions that unrolled across the consciousness like shadows spilling down a mountainside and across the surface of a country to let the night settle in. Blood Of Bacchus remains my favorite of the group’s releases, heady like too much wine and determined to set its’ own pace revealing oracle truths about the changing seasons and mysteries of this life. Carmen and Rune deserved way more props for this release, a tempest of emotion and brilliance. I listen to “Last Sign of Summer” just before Fall still pretty much every year and you should as well.

#4. Hammers of Misfortune – THE AUGUST ENGINE (2003) – An extremely ambitious concept album from musical genius John Cobbett that struggled to take flight and find public reception, The August Engine is one of the finest jewels in the crown of top-notch Hammers releases. Launching the band into much proggier terrain than hinted at on the also criminally slept on black metal and medieval influenced The Bastard, instead The August Engine ponders/laments the death of instrumental talent in music, cult-like attributes in society and questioning grand design. It also just plain rocks and reveals many new pleasures and killer moments on repeat listens. 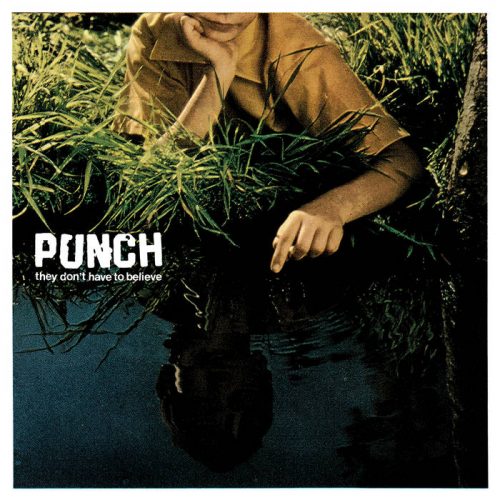 #5. Punch – THEY DON’T HAVE TO BELIEVE (2014) – This album really was “worth more than your opinion”, one of the most intense hardcore records I ever heard and a brilliant swansong for a fantastic band. Tracked live and full of bangers top to bottom, it sounds more alive than half the records in my collection. I think of the album title often as a good mantra that basic cynical people don’t always have to understand what you are doing for it to have passionate and lasting inherent value.

#6. Boris – PINK (2005) – Look, don’t roll your eyes and think I don’t know that this album was VERY critically acclaimed. I am including it here though because I think it should have been and should remain one of the biggest albums in rock, period. The performances from Boris were so over the top killer while celebrating and also kind of parodying many aspects of rock n’ roll, a love letter micro/macro meta-maximum voltage sprint to the finish with a thrill a minute. VERY few bands have as many scorchers under their belts as Boris delivered on just this album. It certainly deserves stadium worship as much as anything from the god damn Foo Fighters, y’know? That’s not shade, it’s pure facts. 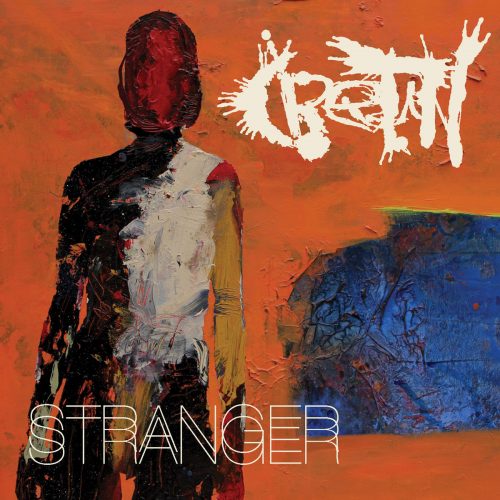 #7. Cretin – STRANGER(2014) – Cretin’s Stranger was a comeback album that could go toe to toe with Carcass and At The Gates or any record people waited for an inordinate amount of time or thought might never happen. It’s Repulsion-influenced death and grind genius that takes no prisoners and revels in being itself, demanding a place in a world that ostracizes anyone coloring their life outside the lines. The performances are next level mind boggling and many of the lyrics will freak you way the hell out for another twenty years. 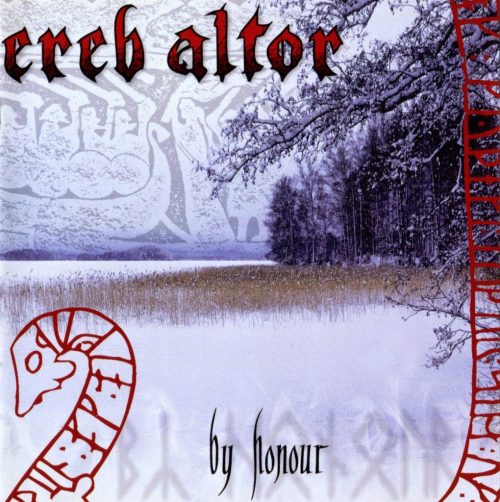 #8. Ereb Altor – BY HONOUR (2008) – Scandinavian Viking musical masterminds Ereb Altor are thankfully still going strong after more than a decade but one of their finest musical statements was back at the start of their career, which has encompassed black metal and Viking Bathory love to the max. By Honour, their debut, is some of the most beautiful Viking Doom you will ever here and widely deserving of a much larger audience. The patient piano stage setting of “Perrenial” gives way to the folk tidings of “Awakening” and on into glory as riff after riff and warm, saga inspiring moments stir the soul. This is a hard working and still active group who continue to grow and row onward. Consider revisiting one of their earliest victories and you will not be let down. 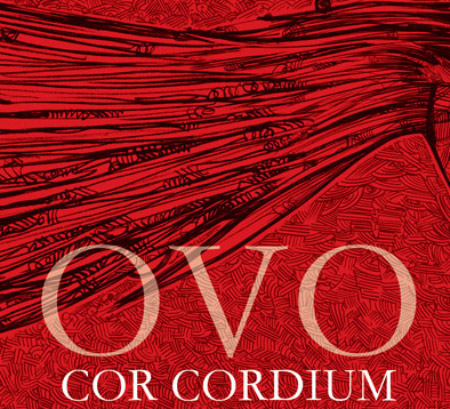 #9. OvO – COR CORDIUM (2011) – Out of all the albums on this list, this is certainly the least likely to ever be as big as Metallica. The band sound completely unhinged and like they crawled out of a filthy dungeon to spew nightmares directly into your ear. It is so far from what normal people are used to consuming as art that it is extremely gratifying and yet also somehow “rocks”. How did they do it? Sheer brilliant stuff from this Italian noise band of the highest caliber. Scarier than many a horror film and smart without ruining the experience through ego. It reminds me of like Diamanda Galás joining Jucifer or something just so delightfully sinister. Please play it loudly around the most boring people you know and cut that chord.

#10. Protest The Hero – FORTRESS (2007) – Combining the apeshit galactic levels of ambition you can find on most Coheed albums with the shifting rhythmic nuttery of, say, The Letters Organize, Fortress was where Protest The Hero really took it up a notch. Heads will roll, indeed. This album has no qualms about leading its’ own charge into the breach regardless of any sense of logic, like a lone kind of emo roman gladiator confronting fucking Galactus but somehow winning…soundtracked to absurdly wild math rock and sleazy breakdown dirty rock riffs snuck in amongst dizzying guitar heroics. Another acquired taste for many because of mainly the vocals, but this band deserves to do full album tours of this release alone and get all the gold coins they want until we’re all Goddess bound, in a just world.