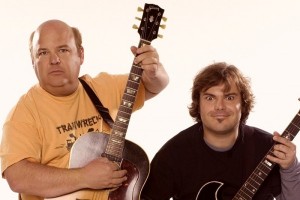 So, the Grammy nominations for Best Metal Performance have been released and as usual it is nothing to write home about. I mean, it was awesome Killswitch was nominated last year but we all new it would go to Black Sabbath (which is fine. It’s Black Sabbath). My point though is they rarely dig that deep and get anyone shocking each year anymore. This year there are two nominees from the Ronnie James Dio This Is Your Life compilation and neither is near the quality of the best two songs (“Egypt” by Doro and Corey Taylor’s “Rainbow In The Dark” smoke the Tenacious D and Anthrax songs picked, no offense to either of those groups. Anthrax’s “Neon Knights” is good and faithful to the original classic.). Seriously, though…why put Tenacious D on this list? Jack Black rules but they are a comedy act?! Then again so are some metal bands, haha.

The new Machine Head is certainly worthy and should have been on here. That said, it is nice to see Motorhead and Mastodon in here and at least Slipknot were nominated for a heavy song “The Negative One”, but in a year when such exciting stuff happened in metal left and right from  T.O.A.D. ‘s mighty Vacant Face to Shores Of Null to Revocation, this list is pretty fuckin’ lazy yet again. Even someone who had never heard those bands could still trip over dozens of other releases to shore up this list and make it relevant.

That said, go Lemmy all the way.