Canadian heavy metal act, 3 Inches Of Blood, have released the cover art and track list for their upcoming album “Long Live Heavy Metal.” The new album will include twelve new tracks and was produced by Terry “Sho” Murray and the cover was done with Kim Thiessen.

The new album will be released March 26th in Europe and March 27th in North America through Century Media. 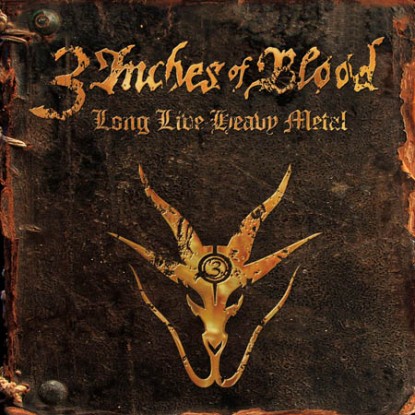 02. My Sword Will Not Sleep