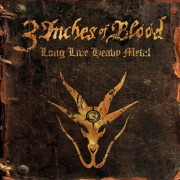 The new upcoming album will be released March 26th through Century Media.