4 bands I wish would make another record. 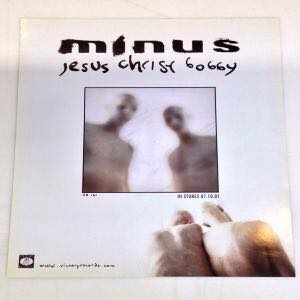 In recent years many bands have reunited and made releases we never thought we in the metal world would get to hear. Saint Vitus newer ripper “Let Them Fall”  was a monster song as good as anything they’d ever written. From At The Gates to Carcass to Faith No More to Failure, many of these have been worth the wait. The recent Refused record was a bit spotty but for the most part some of the “maybe they shouldn’t” legacy worries of some of these bands have proven unfounded.

Some people are still pining for an Isis reunion, but in these times of terror threats I can see why those guys would be hesitant to look backwards. Sumac is awesome, anyhow and so is Palms.

I decided to make a list of some lesser known bands who I think deserve more attention but, for the most part, these seem to be some groups we might never hear from again. With the exception of USX who have still been gigging semi-frequently but who have said they are looking for the right home for the band, most of these are fairly unlikely but would probably be worth every minute of new hypothetical music.

Quite simply one of the most underrated guitar bands out there. A heavy dose of psych, space rock, sludge and outsider vibes, the Nate Hall spearheaded group can do quiet, loud, personal or opaque…but it’s always interesting. A band you can easily lose yourself in. A great starting place is the mid period Sanford Parker produced and violin enhanced Run Thick In The Night.

Minus from Iceland’s Jesus Christ Bobby is still, in my opinion, the coolest record besides Bad Brains Omega Sessions and All Out War’s For Those Who Were Crucified that Victory Records ever put out. They were supposed to release a long lost album Kol that, like Deftones famed Eros, still has yet to surface. This band, like Botch, were way ahead of the curve and were just gnarly, but could write less caustic more straight forward rock songs as well. I liked their crazy shit the best though. Love to hear the Kol record!

Doom/drone band Khanate was a supergroup within certain circles. Featuring James Plotkin and Alan Dubin of Old with Tim Wyskida of the recently reactivated Blind Idiot God (who just did THEIR first record in like 22 years) and Sunn O)))’s irrepresible Stephen O’Malley. I’m a bigger Sunn O))) fan , personally, but I know a bunch of people who liked Khanate better…especially their final Clean Hands Go Foul album.

Mindrot are another band who have made amazing, unique music that is very underrated. Those who know revere the band. I was lucky enough to interview them recently on their active period and wish they would somehow reunite for another record.