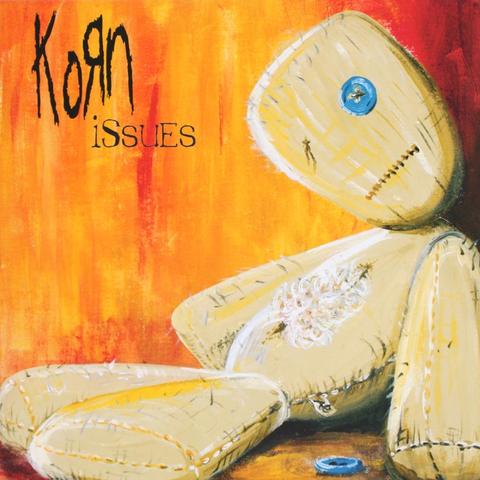 1999 was a really crazy year for me. I was in college at SUNY New Paltz, was a raging drunk, very promiscuous and played some of the best underground shows of my life with my old sludge punk/metal band FUSE. We played shows with awesome bands like Orange 9mm, mearth. Pitchfork Militia and Joeys Throwin’ Elbows and put out a CD Organizm that year that I am still really proud of and had a unique meld of influences. I had a year off heroin after a bad problem for five years as a teen and despite a lot of challenges I started one of the more fertile creative periods of my life as well as a deep dive into more and more music. It was chaotic and not entirely halcyon and I still had a lot of buried insecurities to unpack about my gender fluidity and being bi, often taking it out on myself onstage in very self destructive displays that were also likely inspired by Marilyn Manson (Mechanical Animals is certainly the record I spun the most that year and remains my favorite of his), but it was a transformative and cathartic time.

I am very happy that twenty years later despite all the ups and downs since that I am still writing about music and recording it myself. I think the troubled young person of that year would shoot me a sly wink and a shit eating grin and give me a thumbs up before whirling away in a blur of manic energy.

Here is a look at 5 records from the year 1999 that I think hold up 20 years later. Read more BELOW.

2. Us And Them – I honestly don’t get why this Godflesh record got so slept on, including from Justin himself who was self-deprecating about it. The hip hop influences were never poorly rendered and it has some brilliant material. I never thought it sounded self conscious or trite and it remains one of my favorites in their catalogue. “Whose Truth Is Your Truth” was prescient to our modern debacle of fact shifting landslides and still slaps. I was also granted drinking a lot of cough syrup and would vibe out to this record and Love And Hate In Dub, but I would hope many years later of better living that my taste isn’t biased just because I tripped out to this a lot.

3. Times Of Grace – This is still my favorite Nuerosis album, I think. It has the post-metal grandeur at the freshest point and while they had plenty of good records before and after, I have returned to this one the most frequently over the many years since that I have been a fan. I just think it was an incredibly stark (no wolf art pun intended) and transcendent moment and influenced so many other acts in the wake of the record’s impact.

4. Issues – My old roommate Bill H and I completely destroyed our dorm to this album so many times it is super disgusting, hahaha. This wasn’t the biggest commercial moment of the band but it still had a lot of classics on it and rages hard. Jonathan seemed to really settle into his comfort zone while the band felt like a well oiled but funky machine intent on demonstrating their staying power. Millions of kids stayed connected instead of falling away.

5. Are These Are Lives? – I know you might be wondering why I didn’t put Slipknot’s S/T or something else more well known on here but Trial’s Are These Are Lives? completely captured my attention and is an album that always pulled at me to try and be a better person instead of letting all my energy turn to self destructive jaded nihilism. it took a very long time but there was a lot to unpack in my psyche yet albums like this really helped when I was at my lowest to find the will to go on.

I am extremely grateful for this album and the messages within to this day and it remains as powerful as ever. Speak truth to power and blast this shit if you want to feel alive and untouchable even during the darkest moments of the Trump administration. We need to fight and this is still a killer soundtrack to boiling blood and positive change. Look around you and don’t settle for less than we can be at our best.