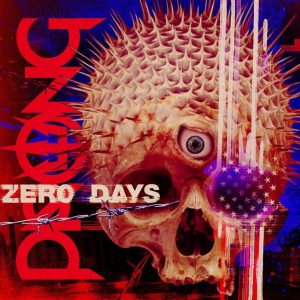 While I am a fan of the site No Clean Singing, I was always mainly a melodic vocalist in bands of mine like Antidote 8 , Divest or Pontius Pilate Sales Pitch over the years. I love melodic rock and metal singers just as much as a good roar or guttural grindcore Barney Greenway bark as long as their is soul, a cool energy and lyrics I can relate to or at least appreciate. Heck, metal without melody means no Judas Priest and that is just unacceptable. Even bands like Darkthrone, Candiria or Converge have embraced some melodic singing at times, so what’s the big deal? There is room for all kinds of styles in music.

Anyway, I decided to make a short list of some recent singles or album cuts that I dig which have cool choruses that don’t cheapen the song despite being catchy.

Check it out below.

2. Insatia’s title track to Phoenix Aflame not only has a very busy but invigorating intro and a super cool, sweeping vocal entrance with a slightly medieval sounding pop melody but it smoothly dives into a chorus that is as crystal clear as a magical mirror lake, even after how memorable the verse melody was. The second chorus in particular sets up the bridge and solo section excellently.

Royal Thunder are a band like Alice In Chains that it is just really fun to sing along to no matter how much some of the material makes you ache inside. Wick is another fulfilling release that feels semi-cosmic even as you stand in mud up to your ankles crying to the heavens. The repeated “April Showers” key lyric of “You were never really innocent” paired with the bluesy alt rock here and some brilliant atmospheric moments will stick with you in the same way some classic yet weird nineties stuff did. It all builds to a stirring coda and leaves you bittersweetly humming.

4. Linkin Park’s “Talking To Myself” is def the most poppy on this list. One More Light has some great pop moments despite the haters and I am really enjoying it, actually. This song’s feel sort of reminds me a bit of the Roots upbeat “The Seed 2.0” with the smooth as fuck Cody Chesnutt. The vocals are obviously a lot different but it has the same sort of nod your head immediacy and you can’t help but get Chester’s choruses stuck in your head (which was usually the case with that guy). I never thought I’d hear a LP song with a few guitar parts that remind me of The Strokes, but here we are and I am not mad.

5. “Atlas Rise” by Metallica has a structure that could work alongside longer, tricky songs from my favorite …And Justice For All , but the tones and power are more forceful. Het sounds awesome on the chorus of this one, certainly one of the strongest songs on Hardwired. The pre chorus is also very easy to sing/shout along with, arena ready.