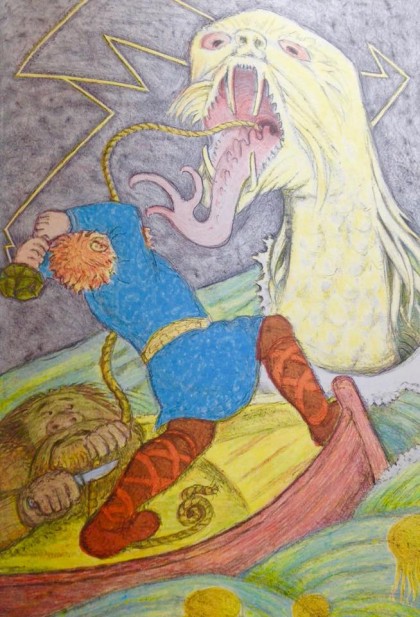 Dear Varg, I grew up reading D’Aulaires’ Norse Gods and Giants, am a very white Estonian/Welsh bi sexual male who loves Bikini Kill, hip hop and Bad Brains and my life is better for it. Also, my Dark Sun character from 1996 Sorrenus the Mul will fuck up any of your MYFAROG bullshit “warriors”. Matter of fact I bet Morrissey could even kick your ass in real life, even though he is old now.

I’m so fucking glad they hired Idris Elba to play Heimdall in the Marvel movies, hahaha.

Metal Sucks has been doing some great Varg posting lately, exposing more of
his kooky antics that are increasingly self-parodying. I guess you can’t
expect consistent mindfulness or a lack of xenophobia from a guy who burns
churches to get back at Christians for being intolerant and bitches about
Syrian refugees despite being such an obvious team player and expert on
sustainable economic models that he…killed a band mate. Talk about long term
economic goals, Varg! Seems to me like that’s a surefire way to ruin a band
dynamic.

Though everyone knows De Mysteriis Dom Sathanas is awesome and that Mayhem’s
new Esoteric Warfare is not the same thing, it doesn’t need to be. “Trinity” is fucking awesome and that’s enough.

It is 2015.I’d rather support Mayhem now or the Fenriz types who work at post
offices and blog about metal and keep releasing masterpieces of the genre
without saddling us with all the extra baggage. It’s called evolution. Since
Varg seems to think his ancestors had that shit on lock and were the be all
end all, it’s no wonder he’s a bad expert on the subject (much like the anti-
evolution Christians whose digs he burned).

Plus, Kveldssanger by Ulver smokes Varg’s The Ways Of Yore, and they made that 2nd Ulver record when they were babies.

Personally I always enjoyed Marvel Super Heroes role playing because it meant
I might “actually” get to bang Black Widow or hang out with Spider-Man. I had
a rebel Morlock who was a cat mutant named Lynx but liked using gattling guns
because of Predator. So yeah, that was when life used to be awesome. But I
never thought, gee…I wanna be a Klansmen who gets my ass kicked by Black
Panther and Luke Cage. No, I wanted to fuckin’ party with Blade and Morbius
The Living Vampire over some awkward red fruit punch.

All around cool dude and hard rock/power pop song machine Danko Jones had some
thoughts awhile ago on why Burzum as a casual t-shirt amidst CBGB’s and other
“brands” is a bad idea. In 2015 we often are about branding but is a Burzum
shirt the same as sporting a Tool shirt? No, not really. Listen to  Skálmöld instead for your Loki love.

I love music sometimes by people who I don’t agree with, such is life
(I still listen to Dissection, FYI. Not Varg but kind of suspect, being that
I’m bi and all). But homeboy Varg is even giving pagans and Norwegian metal a
worse rep lately and it’s just not cool anymore, haha.

A very dear, gay friend of mine who is an occult artist has a sort of guilty
Burzum shirt in his closet and I get it, cuz the music rules and Varg is
funny, to an extent. But he’s also petty and ugly, even if he is on his own
karmic path. We don’t have to shrug and fit him in somewhere between checking
out Myrkur and Adult Swim’s team up and cooking dinner.

Yes, Myrkur is way more interesting these days
and oodles more relevant than this dusty Gollum fart Varg has become.
So here are some Norse influenced metal moments that aren’t going to make you
cringe , just like table top RPG’s shouldn’t have you wondering if the available “good guy” fair haired player races will all
start shouting ,“get the filthy muggles”...or some such. I’ve been known to rock
a “Die Orc” shirt, but without seeming cruel to orcs everywhere I think that’s
a shade different than what Varg and his (cough) troll supporters have aligned
themselves with philosophically over the years. I mean, I wouldn’t
automatically hate an orc if I saw one, but Varg is the equivalent of bitch
ass lieutenant of Morgul Gothmog saying “The age of men is over. The age of
the orc has come” if you, like, swap men with Jews and orc with “whitey.”

So let’s peace out Varg and pump these jams in the name of Balder instead.

America Must Be Destroyed will always be the best Gwar album to me, but Ragnarok is a close second even above Scumdogs. It was just an amazing time in my life of being pulled over in Asbury Park, NJ on that tour because me and my friends were covered in fake blood and driving a car with no front grill and a trunk with a katana sword and dirty needles in the back. Yeah, good times.

But Ragnarok had Oderus delivering one of his finest vocal performances while dunking on Jesus via “Meat Sandwich” (a much more productive way to solve religious disputes than church burning) as well as the title track, a party soundtrack for the Apocalypse if ever there was one. “To diiiiie, perchance to sin!!!”

3.Amon Amarth‘s “Father Of The Wolf”

Just watch it. Rules so hard. SO metal.

4.Darkthrone’s Circle The Wagon‘s isn’t super Odin hailing but the Norwegian band remain the country’s raddest export. Dig the bow and arrow on the album cover. This is punk metal rock n roll at its finest.

Fuck Varg. Just listen to Enslaved’s Frost. SO much better than his stupid taint face and pursed lips. He has the same fucking lips as Donald Trump sometimes. You hate immigrants so much and both like walls, so why don’t you head back to jail Varg? It’s where you and Trump both belong and I’ll be sitting here texting with gorgeous women of Middle Eastern descent in America and listening to King Tubby, Run The Jewels AND a much better Viking Metal album than anything you’ve ever spoiled with your bullshit, V Man. 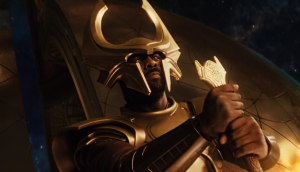 Or even better, rather than even bothering to get more angry, let’s leave Varg with this to ponder from Morihei Ueshiba’s The Art Of Peace (some advice we all, myself included, could learn to follow):

“As soon as you concern yourself with the good and bad of your fellows, you create an openng in your heart for maliciousness to enter. Testing, competing with and criticizing others weakens and defeats you.”