German heavy metal act, Accept, have released the cover art and track list for their upcoming album “Stalingrad.” The album will include eleven new tracks and was produced by Andy Sneap. This will also be the band’s second album to feature vocalist Mark Tornillo. Guitarist Wolf Hoffman has stated:

“We put ourselves under enormous pressure to bring out a new album right after our 180-show tour marathon, which took us two times around the globe. But we are very proud about what we delivered with ‘Stalingrad’ and we hope our fans will like it as well.”

The new album will be released April 6th in Europe and April 10th in North America through Nuclear Blast. 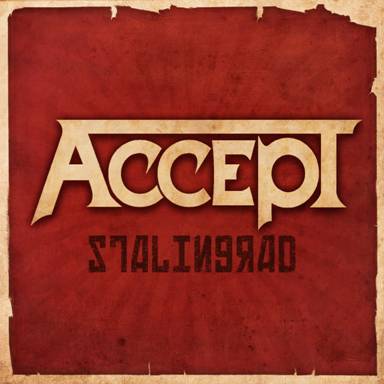