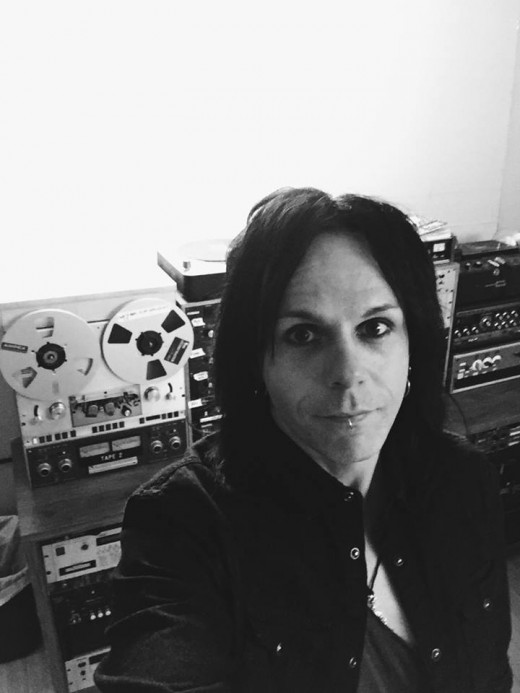 Brooklyn’s Acey Slade is a lovable rogue, a people person who somehow seems to know everyone yet has a mystique about him. From Trashlight Vision to fan faves Murderdolls to Dope to recently playing with Joan Jett and the Blackhearts, Acey is a real lifer who deserves everything good that comes his way.

Now Acey is getting back to putting out some of his own music and has a Pledge music campaign up and running HERE.

“Around the new year of 2015 it occurred to me that it had been a very long time since I had put out any of my own original music. It also occurred to me that if this was going to happen anytime soon I had better start working on it now, as I had a very busy year of tour ahead of me with Joan Jett and the Blackhearts. So I set out to record an EP on my lap top with no real expectations.

Then I met my studio engineer Tom Camuso who had Aerosmith and Lenny Kravitz original Neve recoding console, and he wanted to work on this project. Then Frank Ferrer of Guns and Roses and also Kriz from Dead Star Assembly got involved on drums. Then Christian Martucci of Stone Sour and Dee Dee Ramones band got involved. THEN Kato Khandwala who mixed the last Pretty Reckless and Blondie albums came on board.

You see PEOPLE are what brings music to life.”

-For this album, where do we start? How did this Pledge campaign come about? I was thrilled to see you have Frank Ferrer of Guns N’ Roses on this record. He’s a favorite from the NY Scene.

Acey Slade: It’s funny because when I opened up Chinese Democracy and saw his name in there, I was so happy.

-Yeah, it’s one of the coolest things about that record!

To be honest to you all the other guys who played in the band are technically good players but there’s a rock n roll feel you have to have. Frank has it. It is in his DNA. He is the guy who should be doing it.

-I feel like you always find good people. You’re out in the mix of the scene as well. From my experience of running into you places, you always seem to hit the pavement, find talent and check out culture.

Thank you for saying so. I feel guilty like I don’t go out enough.

-Well, we’ve been doing this awhile, right? You can’t go out every night, haha.

Yeah, well it’s funny. I’m on the road so much that sometimes when I get home the last thing I wanna do is get my ears blown out after getting them blown out for weeks at a time. Once I get out I’m always happy that I am. Sometimes I’m like ,” Oh man, do I really need to punish my ears more?” Then I get out and I’m like…,”Yes you do! Yes you do”.

-Do you wear in ears on stage? I find they fall out if I jump around on stage.

I resisted them for a long time. The ones I got are the molded ones. Now that I use them I will never go back. One, my hearing has gotten so bad (laughing). Two, how much differently I can articulate my playing matters. At first I was like ,”Fuck that! I want loud rock n roll blasting my ears out.” I wanted to feel it in my chest.

-(laughing) I know that reason. I feel you.

The trade off is you lose a bit of the anxiety of the energy at having the volume that level, but the fact that it is really saving my hearing and just that I can hear myself play better is a fair trade.

– How did this record come about and get off the ground? I saw that the campaign seems really fan friendly.

The way it started was I found myself at a little bit of a crossroads after the last Dark Party thing. I kind of was unsure of what to do. I started playing with Joan (Jett). She started ramping up for her next record which was called Unvarnished. I was writing all that time but I didn’t see where I would have a window to put something out. I guess at the end of December this past year I was like ,”I gotta put something out! I’m dying.”

People got word I was gonna put out an EP and were really vocal about wanting a full length. Everyone repeatedly wanted a full length.

Yeah! And the rad thing was the Pledge idea. For awhile it was a little bit of a no man’s land as far as the hard copy CDs then everyone is buying digital downloads. Even myself I buy music digitally and don’t have hard copies. So where is the interaction again? It used to be in the packaging. These Pledge campaigns really tie the room together. People might want the download but they cxan get something more. I’ve done things like ask people what song or packaging they want. They can get downloads but still get studio reports too.

-It’s like the flower garden conversing with those who water it, haha.

Yeah (laughing). A lot of people think these things reveal too much. You can lose mystique but I disagree. You can control what gets out and what doesn’t.

(low vampire voice) Well I sure hope so!

-Randy Blythe mentions you often and I wondered how that friendship came about. You both love photography.

Wow. Really just through mutual music friends. Melissa Cross our voice teacher being one of them. Through mutual friends we started talking and doing photography together. Then we would show each other cool spots. I knew cool spots in the city. Now we’re boys. He’s a great guy and crashes at my house sometimes. He’s a good example of a guy who’s very humble and yet still has a lot of energy around him where you’re like ,”Wow, this guy has something special going on.” 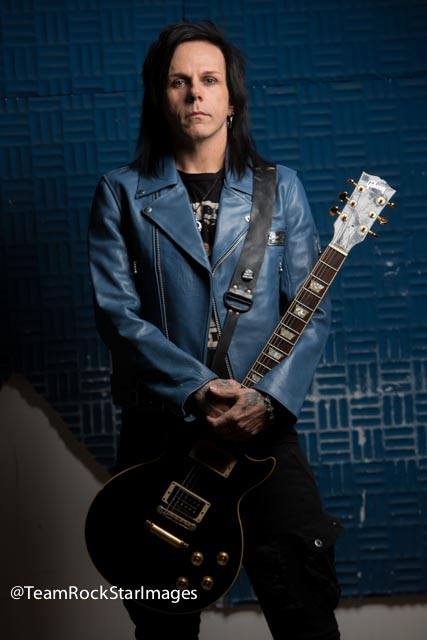 -I like seeing your stuff or his or Nikki Sixx stuff, dudes who have been around the world a lot. It is cool having a little window or bird’s eye view into things in the world that catch the eyes of artists I dig.

Charlie Watts from The Rolling Stones said on their 25th Anniversary, in regards to what it had been like being in the band that long ,”I guess I played for five years and waited around for twenty.” SO you have a lot of time to kill. All this time where you’re just sitting there waiting in an airport or hotel room. Some people play Saduko. I’m always feeling like there is never an excuse to not take a photo and make something creative.

-Present something in a way that mught change someone elses mood. I like Stephen King’s coffee table book on Gargoyles, for example. Do you see them peering down at us during the day, for example. Any part of NYC that calls to you for the visual aesthetic? Change is inevitable. A lot of musicians have run from NY but I still love it.

Yeah. I think there’s two parts to that. Aesthetically I still love the Subway. I love Crosby street behind Broadway and Soho. I love the visuals you get on the Subway for street portraits. Never a shortage of characters there. As far as the changing of the city, the one thing I hate and would never want to be lumped in with is, you hear a lot of people complaining about how the music scene has changed. Someone well known in the music scene, she re-posted a thing about being tired of the guy who plays violin raising the rent. “Take the shitty music and get out.” The hipsters didn’t raise your rent. If you didn’t vote in local elections than you have no one to blame for the rent increases. As far as the music changes, Ive learned I’ve missed out on some really good music by turning my nose up. When grunge came along I was like ,”I hate all these bands. They all fuckin’ suck.” And so I missed out on Alice In Chains.

When the Talking Heads showed up on the scene and David Byrne was wearing that giant suit, Joey Ramone and The Ny Dolls were probably not into it. And the next thing that comes along is the Bad Brains and The Cro-Mags. Guys like Television and The Talking Head’s were probably like ,”Uh, I dunno about this.” I’m not sure it was always omni-directional.

-Rock n roll should be a melting pot. Friction and variation. Did you ever feel like you had to take a leap of faith?

Yeah, I never gave myself any other option. It wasn’t so much that I was like ,” I’m gonna make it as a rock star.” It was that I was gona keep doing it because…I don’t know. I’ve only had two instances where I thought of getting out of music. Those times never worked out.

-The flipside of that is was there ever a time where you knew you had “made it”. Like, the Murderdolls first impact hit and did you think ,”Ok, I know people are gonna remember this for awhile”?

Yeah, there’s two times. One was when Murderdolls sold out Brixton Academy in London. Being an American you heard about it from The Clash. And I believe that’s also where Velvet Goldmine filmed the emulation of Bowie scenes. I looked outside and there was a queue of kids outside the place and I thought ,”this is it!” And the other time was when we toured with The Foo Fighters with Joan and we had a private 747 and I thought ,”Yeah, this is top of the food chain.”