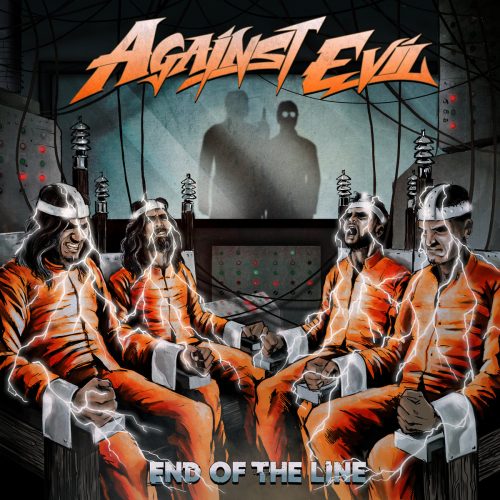 India’s socially aware thrashers AGAINST EVIL have a new lyric video (with band footage as well) for anti propaganda song “End Of The Line”. It is the title track of their pending new album. Billy Sheehan is even on a tune.

Shasank (Rhythm, Lead Guitar) shares more details about the song: “This is the title song and also the heaviest song on the album! It’s about a dystopian future where common people have no rights and are trapped under the control of evil governments and shadow organizations. We also got the idea for the cover artwork after writing this song, where the band also known as The Army of Four are being sentenced to death by the electric chair for rebellion against the evil government. Overall, it’s a very aggressive heavy metal song with a good blend of thrash.”

Seems timely when you think of how authoritarian governments are removing band’s entire digital work from streaming if they disagree.

The album End of the Line will be out May 14th via German/Swiss based record label Doc Gator Records in Europe and independently the rest of the world. The sound of Against Evil is best described as Heavy Metal with Power and Speed ​​Metal influence.