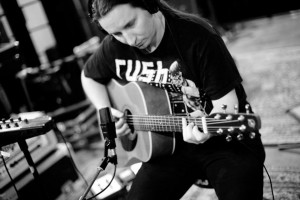 Everyone’s favorite North American nature enthusiasts/dark matter gods Agalloch have finished work on the full length follow up to already classic 2012 release Marrow Of The Spirit. Then again, pretty much everything Agalloch do is instant classic status because they are just that fuckin’ good.

If you aren’t sufficiently pumped already, perhaps this tidbit from the official Profound Lore press release will wet your appetite:

“Captured by legendary producer/engineer Billy Anderson at Cloud City Studios in Portland, Oregon (and mixed by Anderson likewise at Everything Hz), The Serpent & The Sphere represents the most glorious sounding AGALLOCH album to date. Making a guest appearance is guitarist Nathanaël Larochette of Canadian neo-folk band Musk Ox who wrote and provided the album’s acoustic interludes”

Just in case you aren’t metal fans and somehow wandered into a dark forest that led to a site called Metal Riot, well…Billy Anderson is the man! Agalloch’s first song from the record is “Celestial Effigy” (great title) and continues the forward thinking yet earthy and rooted in grand traditions of black metal sound the band has popularized. These guys somehow get better and better. I never thought they’d top Ashes Against the Grain but they just keep delivering. Faustian Echoes was like their version of The Decline by NOFX.

For tracklisting and to hear “Celestial Effigy” click Here. I am gonna start to cry now.