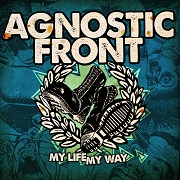 Agnostic Front have revealed the track listing and cover art for their upcoming record entitled “My Life My Way”.

The concept was to capture the D.I.Y. ethic and crude themed artistry of the early punk flyers, with a nod to the era of crime and pulp comic themes of the early 50’s. Society deemed those materials as having no social redeeming values, and as a contributor to youth delinquency. Similarly outcasted were punk and hardcore in the early day for its aggressive, anti-authority message, and dangerous aura. “My Life My Way” is a throwback to the early days, and Agnostic Front has proven that what society deems unredeeming, has been, still is, and will continue to be relevant, states cover artist Todd Hubber.

“My Life My Way” Track Listing:

“My Life My Way” features 13 new songs recorded and produced by Erik Rutan and Freddy Cricien. The record was mastered by Alan Douches (Nile, Mastodon) and will be released on Nuclear Blast Records in Europe March 4, 2011 and in North America March 22, 2011.

Vocalist Roger Miret recently commented on the new material: After all is said and done we are amazed on how great our new record turned out! It’s by far our catchiest record to date and it’s going to make everyone want to sing along for sure. Freddy killed it on the production end, just capturing that hardcore vibe that only he can get out of Agnostic Front. The boys all put nothing but passion into the songs, and Erik Rutan just dialed it all in to make Agnostic Front sound as natural and as organic as ever. This one will definitely be a classic once it’s heard worldwide! 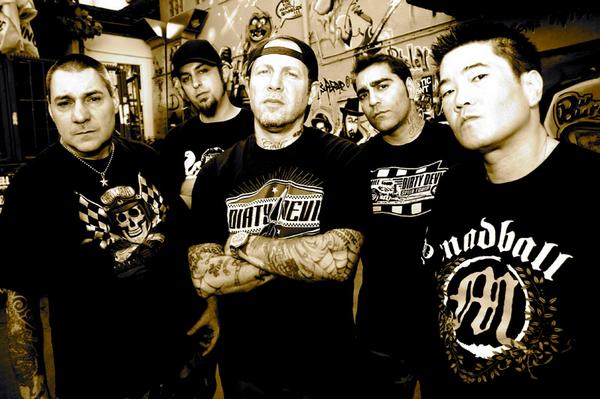