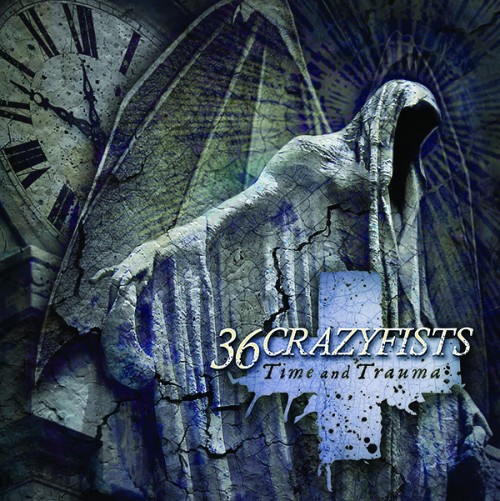 36 Crazyfists have always been sort of an underdog band, a little bit edgier and a little bit weirder than most of the bigger bands they have spent years opening for. Not that the hard rocking Alaskans can’t pull their own crowds, just that they never reached the status of some of their peers. On the plus side, this has enabled the band to stay rooted to the underground and more post-hardcore influences and not be pigeonholed. Much like the so much more than just “nu” Deftones or Glassjaw (Worship And Tribute forever), 36 Crazyfists show groove, rage, glassy eyed poetic post-gaze and high octane punch in the same songs. It all comes down to how much your audience respects your divergences (the more closed minded Machine Head fans for example seem to only like early stuff or The Blackening, even though Super Charger is better than plenty of albums by other bands, c’mon and get real).

36 Crazy fists don’t even have that silly of a name anymore compared to some of the bands out now! Chunk! No, Captain Chunk!? WTF!!?

Anyway, Time And Trauma is a great album that warrants repeat listen and even has a sort of early Poison The Well/Trustkill looking cover. Like V.O.D. you can enjoy the darker passages or weirder grooving parts in equal measure. Vocalist Brock Lindow still has the weird, fluid Janes Addiction-esque cadences and off kilter kind of scratchy, contorted and nasal approach that appealed to me when I first heard the awesome “Circle The Drain” years ago.

Let’s dig in more! “Sorrow Sings” here is a slower, mid tempo  march that shows remarkable range, really exciting tempo control and major guitar attack on the roaring bridge. Seriously a must hear monster song aching for light and life. Very impressed by this one. “Slivers” is a syncopated attack with almost Thrice-like charge and an attention grabbing, adventurous melody from the so real he doesnt have time to be too self concious Lindow. Check out the title track here and try not to get knocked on your ass! Vocal performance of a lifetime on that chorus for Lindow. These are the kind of songs kids flip shit for and really can bond with more than the 800th generic scream, kind of why I am digging Islander so much lately for trying harder than all the clone deathcore bands out there, for example. “I’m still taking this all in”. Well, it might take awhile because there are many highlights and movements. Try starting with “Lightless”, a faster tune that will make you want to jump and somewhere between Foo Fighters “Everlong” meets Quicksand/Deftones big chords and Bad Brains hop. But the melodic vocal prowess is all Crazyfist!

It all wraps up with the melancholic yet warm “Marrow”, a haunting and momentarilly suffocating promise that turns to soaring resolve with gothic flourishes and snaking duet moments. Band cofounder Steve Holt says ,“Overall the idea was to write a rock record with no preconceived notions; just good riffs and good songs,” the guitarist says. “I wanted rock-oriented songs that would let Brock’s vocal melodies take the lead.”

Welcome back, boys. The hibernation was worth the wait. Kudos and thanks to Spinefarm for helping make this awesome album a reality.