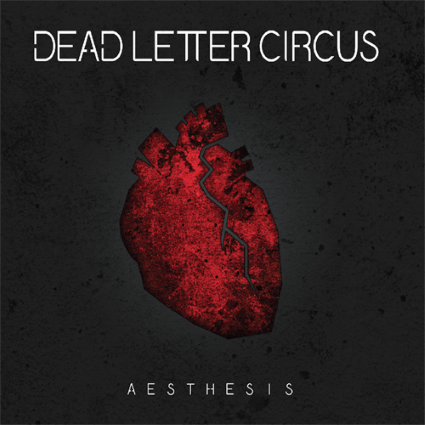 “And I hope that one day I will see you again”. This plaintive lyric opens Dead Letter Circus’s masterful new album Aesthesis. Kim Benzie’s distinct voice is a proud flag the Brisbane band rallies around with colorful and spacious hard rock that wastes absolutely zero time trying to fit into a box of preconceptions.

Life is a varied experience and thank God. I am a huge Max Cavalera fan but was dismayed to read an old quote recently I’d never seen where he called Killswitch Engage “gay”. Even more than the lazy use of that word I was much more bothered by the inference that Killswitch acted “like U2 on stage” as Cavalera said in, I think, like 2008 when Howard Jones was in the band. Perhaps it was bitterness for Sepultura doing an awesome “Bullet The Blue Sky” cover post-Max, but the Brazilian metal greats comments just rang as senseless to me. Every Soulfly record has had guests of different stripes from the very melodic Chino Moreno to Fred Durst! I know Max is a Bob Marley fan. Let’s try and be more open minded again in metal and hard rock.

Look, I like Possessed as much (and maybe more) than many people. That said, who are we trying to prove things too? Ten death metal or throwback thrash fans who only support narrow definitions instead of achievement and risk? With no melodic elements in metal there is no Fear Factory, no Iced Earth, so many good bands. One of my photographers today is shooting Deftones/Incubus for us and I’m thrilled that package tour is luring back some hard rock fans. Ticket sales are down across the board. Forward thinking bands like The Safety Fire are breaking up. Mayhem Fest just fell apart, tragically.

This is not a time for closing doors on each other.

While we are quick to hyper analyze in metal, to some degree that is my job as a “critic.” I’ve long prefered to write about bands I like than give press to bands I don’t. I also try and be just a touch vague and allow listener to discover but also give a thorough general impression. That said, this record is a proud addition to an already great past.

I loved DLC’s second release The Catalyst Fire (and still need to go back and peep their first record). This is one of the bands I would most like to see live, as their soaring and ambitious choruses and deftly textured ambient guitar textures come off like Codeseven or Dredg playing arenas. “While You Wait” and other numbers are anthemic and chant along tunes that evoke everything from the undeniable catchy social critique of classic bands like The Police to modern emo (the good stuff). The band sound experienced and command authority, layers of danceable and spacey funk layered into snapping drums and tribal outer space introspection. “Show Me” is a dynamic and pleading number, while “Change The Concept” delivers one of the most seamless and expressive songs from the band yet. “I hope I find a piece of something that’s no one else’s/no one else has touched.” A-fucking-men to that, brothers.

These guys make it look so easy. I have a tendency to get wonderfully lost and found in about everything they do and very much recommend this new album if you can expand your borders to include some hooks. They make me really inspired and more comfortable in my own skin, and what is more validating than that?