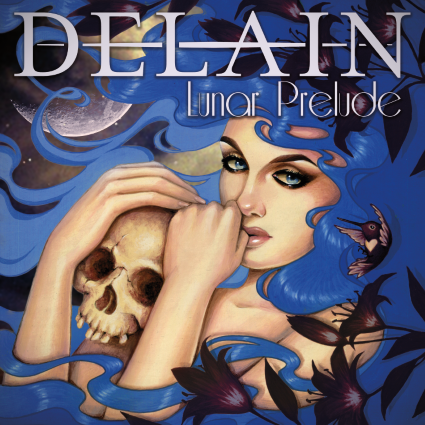 Delain are one of the funnest bands around and have always had an endearing ability to cross over to different fan basses with catchy vocals, strings, big rock guitar and unbridled ambition. The Human Contradiction was a recent win and tours in support of the record with Sabaton and Within Temptation (in particular) found the band playing to some of the biggest crowds of their lives. One gnarly testicle injury aside, things have been pretty awesome for the band.

My appreciation for the group has grown since I reviewed their last album here and said I wished it had more shredding. All around awesome guitarist Timo Somers became my friend and sent me videos showing he could shred his ass off. But that isn’t always what is best for a song. The band really act as a team, and that is more evident than ever before on this EP. I interviewed Charlotte Wessels for New Noise a year or so back also and not only was she nice and professional but her answers were very thoughtful.

These are genuine, cool people who rather than preach “rock aint dead” simply prove it by kicking ass. Once they draw you in it is hard not to keep rooting for them.

Two new songs and some excellent live renditions greet fans here. It isn’t essential but it sure aint unwelcome either. “Suckerpunch” has a few clunky lyrics but the sweeping, cinematic opera metal of “Turn The Lights Out” and a new, more futuristic sounding version of “Don’t Let Go” that is sure to add awesome dynamics to any concert make this worth purchasing.

On top of the new and re-imagined studio tracks you also get some live songs from this ever hustling and bustling band of rock warriors.

“Stardust” , a newer fan favorite is delivered to a huge sounding audience along with takes on “Lullaby” , “Army Of Dolls” and even an additional live version of the new single”Suckerpunch”.

This is surely worth your time.