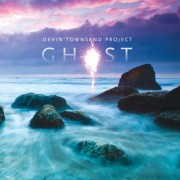 It takes a brave man to announce four albums within three years, but it takes a hard working one to pull it off. Devin Townsend is the bravest hard-working Canadian I know, doing just that: four albums, almost 50 tracks, and one soundtrack to life and style of the former Strapping Young Lad mastermind. Between touring, constructing new music, and keeping the internet entertained with his awesome eBay sale (including a spatula that went for over $100), the final two pieces have finally come together and now Deconstruction and Ghost are ready. These two pieces are the most diverse and concise albums to date from someone still synonymous with extreme metal and over-the-top vocals. The extremes here are not literal, in fact Ghost is mellower than homeroom at a retirement home, but they are juxtaposed so heavily from one another that they end up completing one another. It’s insane, it’s unorthodox, but it works.

This is a departure piece not only for the music style, but the common schoolboy themes of sex, drugs, and rock n’ roll are transcended and, instead, the writing is steeped in growth, intelligence, and wonder. Coming-of-age is highlighted a bit in Ghost, but it is not handled in quite the angry manner as the prior albums, such as swearing off pornography or telling his inner-brat to “be a goddamned man, boy.”

The album opens with the best track featured on the mellow album entitled “Fly.” It’s like hopping on Disneyland’s “Soaring over California” and floating across a wide open expanse. The opener contains a few out-of-body moments that are duplicated throughout, especially on the twelve minute epic “Feather.” This track, above all others, shows off the technical and mastering ability of Townsend. It’s this element that really separates him from his peers as he is able to create a complete thought, musically, instead of just contributing to one aspect of the final product. “Feather” goes from flute and airy vocals to piano bridges connecting this mammoth piece from one end to another, all the while a beautiful female vocalist chimes in over the track.

“Kawaii” sees Townsend behind an acoustic guitar, crooning his heart out, which is something he does quite well. Terria and Ki saw a bit of croon, but this really lets the Canadian sensei show the softer side of a twenty-year career shooting snot rockets at kids in the front row. The title track “Ghost” is by far the catchiest, again harmonizing DT and the woman (who is not Anneke van Giersbergen, and instead a “friend of a friend”) into a blissful blend. “Texada” is another whispering piece that starts so softly and then three minutes into the piece you find yourself asking aloud “When did all of these instruments come in?” Townsend manages to sneak up on you, sonically, and before you know it you have been entertained.

One of the toughest things in music, all music, is staying powerful with a lower volume, tempo, and demeanor. Devin Townsend has found a way to do this by creating a dreamscape with music and keeps his fans dazzled with new tricks and classic skill. When you think Devin Townsend, you don’t think of whispers, pan flutes, and banjos. Somehow, he has combined these aspects and added them to his cornucopia of orchestral operations, giving Ghost the most fleshed out and layered album he has ever made. It won’t please everyone, and it’s not recommended for those without patience or wanting Alien 2, but it can be as therapeutic as it is entertaining and I think that was the point of not only Ghost but the entire four-album set.  The combination of these four albums and 44 tracks are what it takes to really understand Townsend, even if he passes them off in interviews as not as auto-biographical as they initially read. Highly recommended for those willing to follow their heavy metal icons into a softer world much like Opeth did with their Damnation album.