Album Review: Die So Fluid – The Opposites Of Light 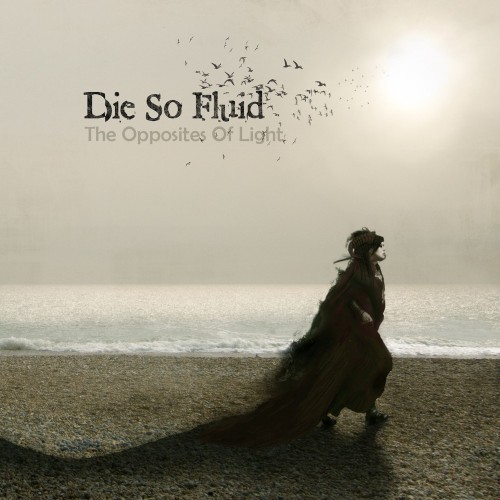 The Opposites of Light by Die So Fluid is a 16 song journey composed of two complimentary halves.The 2x album is positively overflowing with creativity and unique choices. Even the cover art calls to mind the haunting, more adult film adaptation of Where The Wild Things Are.

There are two distinct sections on the album named ‘Shakura’ and ‘Pah’, the Solar and Lunar deities of the matriarchal Pawnee Native Americans. As you might expect, the “solar” and “lunar” or day and night qualities are reflected in the music which varies from irresistably catchy yet dirty hard rock to lush and gorgeous ballads that almost recall Siouxie & The Banshees. Lead off vampires in exile track “Black Blizzard” blew my mind when I firt heard it. One of the most hypnotic string intros of all time sets the mood before you are dropped into a marching groove and meet the impressive hook lacedyet not cloying vocals of Bassist/songstress Grog Rox. Then the massive chorus riff and soaring screams arrive and you get a rush the likes of which not felt since the ‘yeaaaah’ famous chorus of Nirvana’s “Lithium”. It’s all big chords, boomin rhythm section and passion. The dynamic range is killer, from the opening dreamy guitar of “Anubis” that evolves into a heavy pocket mid tempo rock groove like a more romantic and female led STP meets Duran Duran.

Just way smarter guitar choices than most average rock and songs you can invite into your life, as if you had any other choice to hold these babies back!

I haven’t heard a band do a Gothy/grunge hybrid this well since Hole’s “Credit In The Straight World” cover. I’m by now means trying to say DSF are just a throwback to the sounds of the 90’s, however. “Comets” is a groovy wash of guitar swirl evoking the thrill of riding a motorcycle around L.A. You can imagine the city lights as Rox sings of worries and doubts vanishing. “You Suffocate We All Suffer” is high octane thump with an intro reminiscent of more recent Foo Fighters, while the verses are just on their own trip. There are plenty of half metallic marching tempos. “The Arab Spring is never ever gonna turn to summer rain”, coos Rox. She just has this amazing ability to sell huge hooks that other bands would sound shitty attempting, but DSF pull it off with style. This is memorable songwriting that will inspire and make you want to grab your own marble notebook and jot down sketches and fragments of manic, vampire poetry.

Visually compelling, imaginative and above all far from apathetic, Die So Fluid is everything great about hard rock. I just discovered them recently and while on this album they have matured a bit in visual aesthetic, there is still plenty of the cartoony, larger than life feel and cinematic passages that appealed them to fans of The Birthday Massacre and Mindless Self Indulgence in the past. But yeah, this is great.

It’s hard to sum up all the passages of this journey here. “Violent Delights” is a bewitching, mid tempo post modern gem of tribal drums set to a lullabye melody and gentle almost Japanese sounding light instrumentation over strange plodding but super cool bass, like if some Am Rep band played slow funk with a few discordant notes. But again, they go huge on the chorus. “Crime Scene” has a certain Marilyn Manson attack while “The World Opposite” talks about the “cruel midnight sun” for those who live opposite lives to your average daywalker. I just could go on and on about this album.

I can’t imagine all the work, rehearsals and tracking that went into this, but it still sounds organic despite very impressive arrangements and many a riff you will just get lost in. Mr Drew even has a blazing yet tasteful solo on “The World Opposite”. From post-punk to big rock moments to trips into surreal dementia or pop brilliance, this band can do it all. “Falcons” is another beautiful track that steers farther from the band’s hard side but intoxicates with jangly guitar, narrative strings and Grog’s deft wordplay which nonetheless is relatable. She manages to straddle the line between everyday experience and vivid metaphor in a way few bother to do these days. It’s got the ambition of a Mellon Collie and the Infinite Sadness level event, despite the much lower profile of DSF compared to the heyday of the Smashing Pumpkins.

By the time “Spark” the final, very so fluid track casts a sleepy net across your mind’s eye, you’ll feel like you climaxed aboard some crazy zephyr at the end of some great literary work, party or adventure. You feel like you’re saying goodbye to friends to the refrain of ‘My love is real”. But the music will stay with you through future rotations of our big blue sphere.