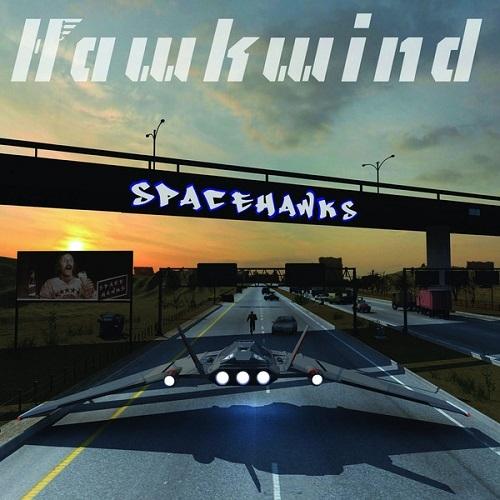 Legends of space travel Hawkwind are back from the edges of time/London to get things fired up right. It’s not a figment of our imaginations. Grab a tambourine and some breasts. The “Masters Of The Universe” slow guitar burn space time warp build up intro swaddles you in moon rocks made of drone, timeless melodic vocals assail pre-conditioned aesthetics, wars are ended.

This will give you an Elric of Melniboner.

“Lonely Moon” could draw tears from a crocodile’s eye, hitting home with rare, cinematic earnest attention to detail while staying relevant, an edge few walk without falling into smarmy land (smarmalade?). Lay back and enjoy this trip. Many great albums circle around you of late, from Helen Money’s Arriving Angels vinyl re-issue to world servin’  hard rock Million dollar Haircuts on Ten Cent Heads from Helloween/Pink Cream 69 bad boy Andi Deris’ solo band The Bad Bankers. Hawkwind is timeless righteous well water from the star system that always finds a way to give you a hand pumped glass of “rock”.

“When I first put it on I thought ‘This is a cute little Hawkwind homage’ and then quickly reminded myself that THIS IS HAWKWIND. They are old/they are in touch. First track “Seasons” really sets the tone. It starts with ambient synth sounds followed by foot steps followed by the starting of what sounds like an outer space motorbike and then BLASTOFF!!! My guess is that he is riding the Silver Machine. I Can’t wait to see them play in NYC if they ever make it after the last cancellation. If you like Hawkwind, then give Space Hawks a listen. Believe it!”