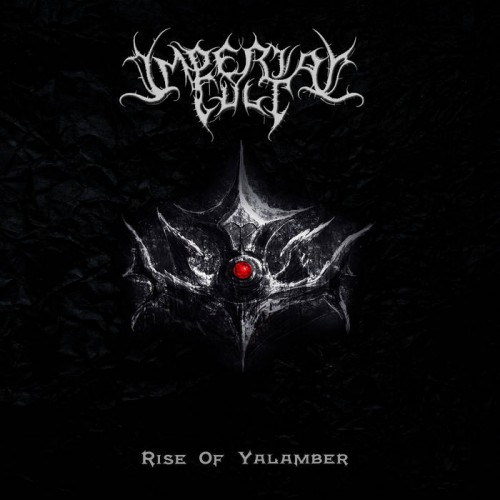 Opening with the sound of struggle and mass humanity, Imperial Cult from India soon shatter eardrums with a snaking yet rabid style of blackened death metal.

Recorded in Pentatonic Studio, Kalkata, the 4 song Rise of Yalamber EP is an engrossing charge into reality and beyond. Great performances from fat drums to twisting and turning guitars and a grim harsh vocal delivery is wed to some innovative arrangements, varied but all gnarly guitar sounds and a high repeat listenability factor.With influences from Behemoth to Daath in their bio, you can tell the band are performing a unique version of what they are going for.

The band paint a dark shadow of trials and the will to move through them on standout track “Pain Of Mortals”, a song which becomes almost opressive amidst additional thrash influences before pushing the listener nearly to the breaking point with blazing drums that then give way to an adept guitar solo over a rugged and unstoppable bridge. The song goes on to charge through subsequent movements with the inevitability of mortality. But some things live on after death and it is clear on this EP that this small band from India are making a bold declaration that they are alive and want to make a mark/tell their stories.

Check the album out HERE.

For more read on BELOW.

“The Abomination” could appeal to old Sepultura, Nile or even Gojira fans, a song that proves by the third track this group’s victories are no fluke. This very limited release from Sweden’s Salute Records deserves to be discovered by any serious extreme metal fan. The drum attack and variation between tribal or classic death charges plus very potent blasting against the backdrop of always interesting riffs will spark the imagination. The band did a killer job hear and I’d love to hear them get more support and a bigger budget so they could rise to the audio quality level of Calm Hatchery’s Fading Reliefs, for example. But I really have very little complaint about this EP. The song rule, the band clearly are devoted to their art and it will snap you right out of your bored or delusional world with a dose of reality and real deadly songcraft. This EP makes the trends of proggy metalcore (some of which I like and often write about) seem like such a joke though in comparison on many levels from honesty to traditons and innovation. Well done!