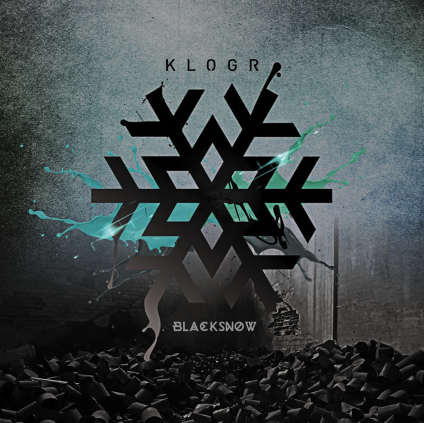 Klogr are a cool Italian alt rock band who my friends at Adrenaline PR just turned me on to. The sound is a bit hard to describe, as many elements are at play. That’s the fun part about music, though. Your ecognize some things and are startled by others. Track two of Black Snow is a perfect example. Their is an 00’s american hard rock feel that calls to mind Chevelle or even a bit of Linkin Park but combined with some cool parts that will throw you for a loop, like the Porcupine Tree-esque pre-chorus that sets up a big rock hook. “Hell of Income” stomps with big chords and a basic rock beat before smoother yet still slightly hoarse vocals reminiscent of less high octave Geoff Tate. I know Tate has detractors nowadays but I still think he is awesome, so I mean that as a compliment.

“Failing Crowns” is my favorite song, just an cool and almost thrashy intro riff that sets up a big Drowning Pool type verse section but with way better vocals. Rusty Rustichelli, the vocalist, can even lend a third guitar to the mix at times, but he really excels at just the right amount of vocal diversity to make this worth repeat listens. Their are familiar rock tropes but also good detours. “Room To Doubt” is a mid tempo number that calls to mind U.S. trends from the past decade, but even though some of this might have done better on rock radio a decade ago, that isnt the bands fault. These are good songs with heart and prove that hard rock doesn’t need to cater to current metalcore trends to stay in fashion. It is about writing music you love that is good. The weird progressive section with piano and stretched out lead guitars near the end of “Room To Doubt” is awesome and sets up a blistering solo and massive bridge into chorus outro that is pretty much rad.

The band are big supporters of the Sea Shepard environmental group, which is very admirable. They seem like cool dudes.

Cick HERE for more and to see a music video about dolphin rights.

“Ambregris” starts out with verbed out trance guitar and keys that could be on a Whitesnake album, and the rest of the song is a strong combination of balladry and arena worthy conviction. I reccomend giving these guys a chance even if you don’t like any of the bands I mentioned as references in this article. Any descriptive faults are my own, as this band is kind of like a flickering and familiar memory of a nonetheless new experience.