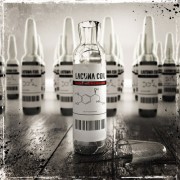 I discovered Italy’s Lacuna Coil in 2002 shortly after their third full-length release, Comalies. I became an instant fan. That was almost 10 years ago and since then there have been a multitude of bands that have attempted to capture that gothic sound that has become associated with not only Lacuna Coil but with bands such as Evanescence, Nightwish, Leaves’ Eyes, and the list goes on and on and on and on…. unfortunately. I’m going to be brutally honest, in these past 10 years, the gothic metal scene has become overrun with a host of shitty bands that get attention and airplay due to appearance rather than substance in a tween revered society consumed with visual aesthetics and obsessed with a generation of vampires and werewolves that would be nothing but a first course appetizer for the denizens of the dark gothic era in which I grew up in.

Shit. I’m starting to sound like an old man. Thus, it begins…

My real concern is this: can Lacuna save this floundering metal sound from the diabolical clutches of our pampered and clueless youth!? Find the answer here.

The answer to that question is a resounding… not really. Dark Adrenaline is a solid album and I did enjoy it but it barely held my attention. I won’t be putting any of its tracks on a custom playlist any time soon. The production is tight, the guitar work well done, the drums and keyboards are spot on, the duelling voices of Cristina and Andrea is enjoyable as always… but something’s missing. What’s missing? What could it be? It’s… it’s… AH! YES! PASSION! Where’s the damn passion!?

Cristina’s voice is gorgeous and the overall musicianship is of a decent quality but it all feels flat. Music should instill emotion, stir the mind, take the listener on a voyage of self-reflection or some escapist escapade. You get the point. I’m not feeling that from within myself or from the band itself at any point during Dark Adrenaline. Also, they haven’t done anything on this album to evolve their sound, nothing to make themselves standout from the vast garbage heap that is the contemporary gothic sound.

With that being said, a few songs did catch my attention and pulled me back in, reminding me that I was listening to something, if only for a minute. “The End of Time” is a slow-paced somber and melancholy piece that finally stirred in little something in the emotional foundry, barely. “I Don’t Believe in Tomorrow” stands out for its pounding guitar rhythm and the vocal section that leads into its bridge. “Intoxicated” got me because of the unnerving harpsichord opening that leads into a crunchy opening guitar riff.

Then, there is the cover of R.E.M.’s “Losing My Religion”. Really Lacuna Coil!? You’re messing with one of the greatest songs of the 1990’s. A song that left me curled up in the fetal position the first time I heard it because of the utter sorrow and pain that Michael Stipe was able to emote with his haunting voice, the passion he instilled into its lyrics. Something that Lacuna Coil fails once again to do throughout Dark Adrenaline and is so blatantly obvious on this disaster of a cover song.

Lacuna Coil fans will probably be split over this album. They might appreciate the effort to bring in some of the earlier sound into the sound they’ve progressed in to over the last two releases. Those that love anything with a gorgeous female vocalist accompanied by a grungy male singer will probably eat this album right up. 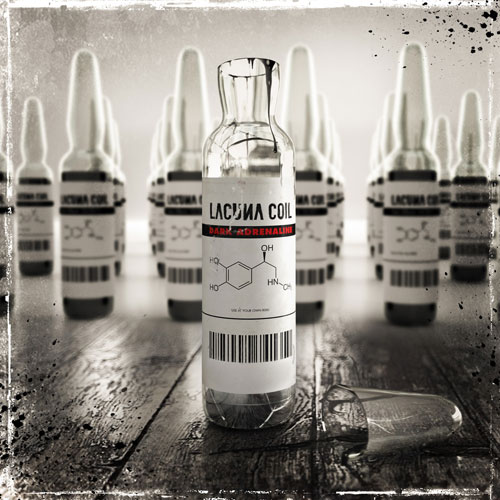