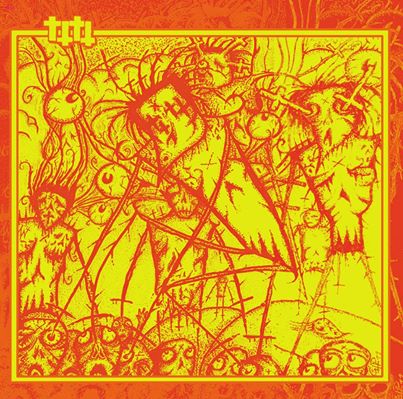 If you’re the kind of person who likes putting on music so grimy and obnoxiously rad that pigeons and innocent bystanders burst into flame, Finland’s sludgy scumsters Loinen are right up your alley. Unless you really have your ear to the underground your average rocker hasn’t heard of Loinen, which is too bad. The band have mostly put out vinyl and cassette releases of varying obscurity, though some killer stuff is available on their Bandcamp. That will probably remain your best bet for hearing this release because while Svart is putting it out on vinyl, it is limited to about 400 copies and there is no download card. Hunt for it, hungry headbangers!

“Portto” and other numbers like the nine-minute thudding caveman ear destroying “Hyödytön eläin” are grittier than blackened spoons on railroad tracks in the middle of nowhere. The blown speaker cabinet in a practice room bass “tone” of this record has a stoner punk quality that actually works great for the lean but morose sound of the band. I think the band name even means “parasite”. The lo-fi feel here complements the gloom riffing and gutter howled vocals as perfectly as you could imagine, while “Ruumishuone” literally kind of sounds like someone dying set to sludge and sickly, sad strings. My favorite track is called “Kuolemanselli”, a trudging wall of anticipation-release-give and take that drops simple yet highly effective riff bombs into your life paired with potent, maximized drum control. Loinen have a sound vomited up from the painful side of the world most people turn their heads away from. They sound like the kind of band people who think Blatz are mainstream would listen to.