Album Review: Miss May I – Rise Of The Lion 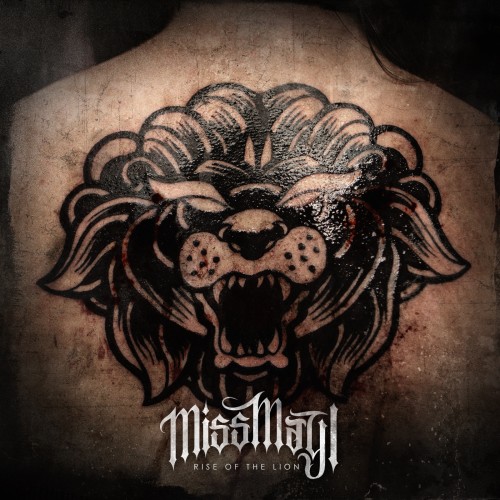 Rise of The Lion is the latest from Miss May I, a very well loved and established band in their genre. I heard them a few times but in all fairness, despite me knowing more bands than most people can imagine exist, I never really familiarized myself with Miss May I deeply. The name just seemed to emo for what I was into at the time, though now it has really grown on me. It’s cool to see them embrace the Lion imagery stronger than ever and you can tell a lot of effort went into this disc.

Opener “Refuse To Believe” is an anthem that is all about claiming identity and inner strength. “You are not a ghost” is the refrain. The band the record most recalls to mind was, unexpectedly, Threat Signal. The screams really called to mind Jon Howard, one of my favotite and most underrated frontmen. Miss May I aren’t copying anybody and there aren’t a lot of risks or much sense of danger here, but the band are formidable and very capable at what they do. I can understand why people love them. I will rock the latest Polar release for a bit more urgency, but this record still has plenty of very solid moments (the intro of ‘Darker Days” is a serious pit starter).

“Echoes” has the best big rock groove on the record and some cool dueling guitars, before swithcing it up into a screamed verse with echoey, melodic layered vocals as well. The music almost reminds me of a more metalcore P.O.D. on this track and it is one of the more memorable on this outing. Big thumbs up on this tune. “You Want Me” plays it safer, with KSE sort of derivative but crowd pleasing moshability. It’s not bad but not the most inspired track.

Honestly, I kind of like the more melodic side of the band better. Much as I preferred the new Wovenwar song to the last As I Lay Dying album Awakened (though The Powerless Rise still kicks major ass), the hooks in “Lunatik” or the soaring parts of album standout “Tangled Tongues” here kind of trump the screaming. It could be that I had a really melodic day, though. Just found out one of my favorite “emo” singers, Jon Bunch (who sang on my by far favorite Further Seems Forever album Hide Nothing) has a new band War Generation. They kick ass and really set the tone for my day.

The harsher vocals in Miss May I are cool and all and it is good the band has both, but the songs really take off to another level when the melody kicks in. Still, I feel like this band would be great live and it is nice to finally come around to them. “Hero With No Name” is almost like they tried to write a Lamb of God sounding number, and though not nearly as aggressive, the song still has power. I still can’t help but feel these songs would all be better live, though. While fans will probably love this album, it feels a bit reserved and compressed at times. The songs are all good to great, however.  I am definitely now a supporter of this band.

I feel like Miss May I have a lot of potential. The Devil Wears Prada, in my opinion, only really hit stride on their last two albums (especially 8:18). In much the same way, it seems like Miss May I are growing more well rounded and yet also secure in who they are. Then again, I am still not super familiar with them. As an objective listener, this is worth picking up.

More News On Miss May I:

More On: Metalcore, Album Review, Miss May I, Rise Records
share on: