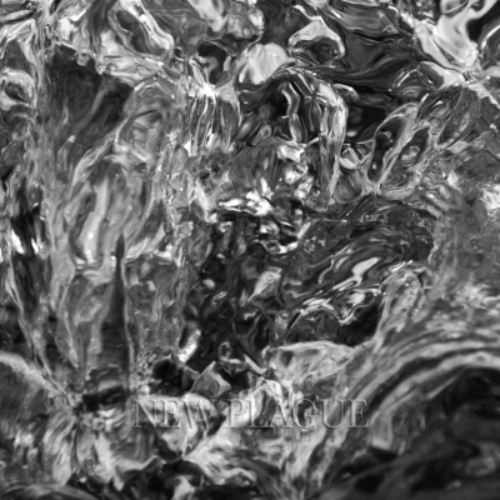 New Plague from Long Island play a style we’ve heard a lot the last few years, the sort of hyper kinetic gnarly hardcore with occasional Entombed nod that made Trap Them scene demi-gods and with the dissonance and sharp, spasmic edges Converge have had forever. Newer bands like Full of Hell, Hierophant, Blackened and others kind of fit this mold as well… but honestly its a style in the underground so savage and alive that in my opinion it doesn’t hurt to have more bands doing this to counterbalance trendier mall-core bullshit. New Plague might not bring much new to the table but they certainly kick the table over in style on their new EP and add to the general plague of this newer movement. Brutal, blistering and fast but with plenty of interesting knuckle ripping guitar punching feedback drenched breaks as well. This shit will get your adrenaline pumping and leave you breathless if you have any love for hardcore at all. I’ll take this style over dumb ass downtuned breakdowns the whole song with pop barely in tune even with auto tune emo vocal clean choruses any freakin’ day.

“Blood Offer” kicks off with pure abandon and hoarse cries, the band really sounding commited to their songs. It rages with a ferocity akin to Baptists if a bit less well executed. That said, this is by no means a let down and I only said that because let’s face it…it’s pretty hard to top Nick Yacyshyn these days, the new poster boy for underground hardcore percussive ferocity. That noted, these dudes come pretty damn close with this S/T beast. “Angles” is my favorite track, a number that slows the tempos to really let you feel the meat peelig off your own bones. When I think of Long Island I associate it with Mind Over Matter, V.O.D. or Glassjaw more than this style but I gotta say these dudes are a great addition to the heavy scene. “Hounds Of Sleep” could basically be a Blissfucker B-side but again, how many thrash bands are there our there? It doesn’t make it bad to love a style. I’m giving this 4 stars because I gave mega band All That Remains 3.5 on their latest and even though this is way less technical and produced, the energy still hit me harder.