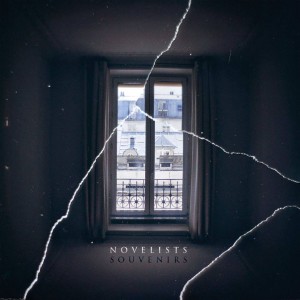 Novelists from Paris are not a tribute band to the works of Sartre or -even better- Boris Vian (who once devoted much of a book to describing a piano that could make specialty cocktails depending on what notes you played). No, the young group are a progressive metalcore band full of attack, djent and busy guitar parts, albeit with some solid melodic parts to set them apart from the bands who only scream over this style. I will go on the record and say it is not my favorite sub genre of metal as I find regionalism tends to go by the wayside and make many of these bands near indistinguishable regardless of country of origin (Exist Immortal, Rise Of Doom, We Came As Romans all kind of sound more or less the same to me despite being good at what they do). Heck, even black metal really has many bands that adhere to form. My bias works in the band’s favor here as Novelists still have a lot to grab ahold of the listener’s ears (even a primarily stoner rock fan like me).

Setting the tone with an ambitious, spacey intro for “Inanimate” that you know will be followed by a build up to some mosh, the band craft a song that would have fit well on Prada’s recent pretty awesome Space EP. Novelists are very passionate and it feels like they’ve thrown everything they have onto the record, as they should. It’s a solid effort of a band putting their best foot forward doing the style they love. “Black Lights” is a 1:24 breath of fresh air and low crooning with some cool midi sounding drum loops and it would’ve been cool to hear more stuff like this throughout the djent-a-thon.

“Earth Graver” is the band at their best, opening with a memorable, driving riff and many textural and rhythmic shifts throughout the composition. I kind of feel like it should’ve been in the middle of the record as it is a hard one to follow and kind of nails all their strengths best. “Antares” is my favorite track, though. With a very cool and busy kind of uplifting riff akin to older Periphery, the song has more range than some of the other numbers and makes you feel unstoppable. Though it sounds like they reprise the riff or a very, very similar one in the opening to “The Lichtenberg Figure” and I am not sure if I am tripping or not. “Mouches Touchey” is a spastic kind of djent marathon of mosh-tastic riffs, scattered bullets vocal cadences and long uses of sustain over sparse piano while “Ouroboros” has a genuine energy that could start a pit in most time zones. It also has a 2:20 or so heavier part that pushes the song into a much angrier almost rock riff for a minute.

All in all, it is not reinventing anything but they certainly have a place in the scene an are a good example of a better band playing this style, if that’s your thing.