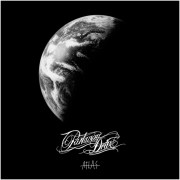 Atlas will certainly keep any fan stimulated. From track to track, this album never gives up. One little trick left over from the Deep Blue sessions is the “echo voice,” where Winston was micd up a little differently to give that open room recording sound. I didn’t mind it then and I don’t mind it now.

They get some symphonics in on the title track which adds some great depth, increasing the impact of the song. The Slow Surrender kinda threw me off however, with its cutting and scratching bit over the vocals. Easily forgotten about as Blue and The Grey add some big horns to powerfully round out the end of the album.

This album is awesome. A little touch of string and brass, a fuck ton of ass-kicking guitar, and some forgivable turntable stings makes this a great album in Parkway Drive’s already amazing catalog.