Album Review: Shakra – “Back On Track”

Fans of 80’s metal are in for an uplifting rise as Swiss band Shakra release their brand-new album; “Back On Track”. The album amplifies a nostalgic sound that captivates unrequited love, temptation, and the will to persevere. Shakra’s back and better than ever with catchy tunes and great quality in sound production. The heavy-metal band formed in 1997 and has had a series of line-up changes leaving the future of the band left to debate but that all changed when John Prakesh came on board as their new vocalist replacing Mark Fox.

Listening to “Back On Track” was a great experience. Songs like “Crazy”, “When I See You”, “Yesterday’s Gone”, “Unspoken Truth and the self-titled track were all worth the wait. Shakra’s drummer Roger Tanner demonstrates how to execute the right collaborative sound with guitarists Thomas Muster, Thom Blunier and bassist Dominik Pfister. John Prakesh yells and sings powerfully in “Back On Track”.

This album is a good example of commercial sounding metal worth listening to. The lyrical theme of this album is all about not letting anything stop you from walking the path you choose and that every day is an opportunity to work on the problems you have. That being said, the album isn’t being delusional either. John Prakesh makes it clear that at the end of the day we cannot hide from the experience of pain and emptiness but we can’t let the past haunt and hold us from pursuing our dreams. “Back On Track is a pretty blunt album overall.

With eight albums under their belt, a history of playing along-side classic bands like Iron Maiden, Guns N’ Roses and experiencing a 12-country tour with HammerFall and Stratovarius; it is needless to say that Shakra is a well-seasoned predecessor. 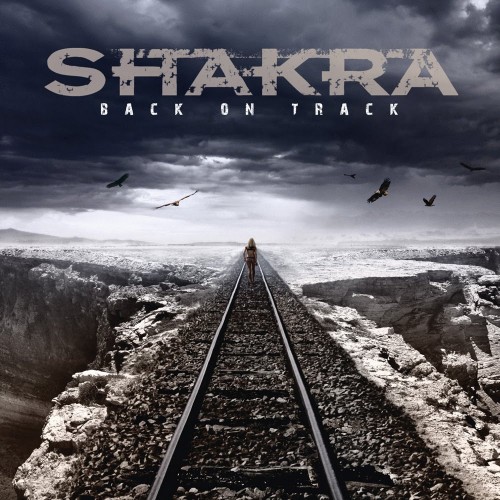