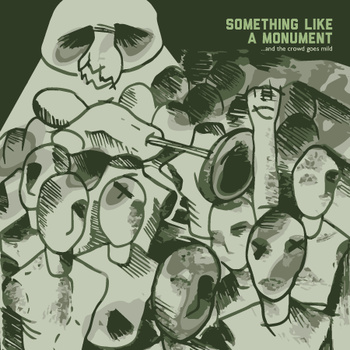 Self proclaimed Progressive Blues band Something Like A Monument jams through their debut EP … And the Crowd Goes Mild while vocalist Shemanski croons on.

The EP starts with the rocker ‘Soft Spots’ and that guitar that opens the track is nothing short of delicious, it goes down well when Shemanski croons out, “We spoke of distrust // On the shoulders of our mistakes!”

‘Birds of Prey’ is a soulful song. Soft and powerful in a very 90s-power-ballad-but-not-so-cookie-cutter-kind-of-way.

The last track, “1825”, especially the last bit, with the stripped down, raw acoustic sound, was my favorite part of the whole EP.

… And the Crowd Goes Mild is a solid place to start, it shows a young band with virtuosity doing what they love, making music. I cannot wait to hear more.