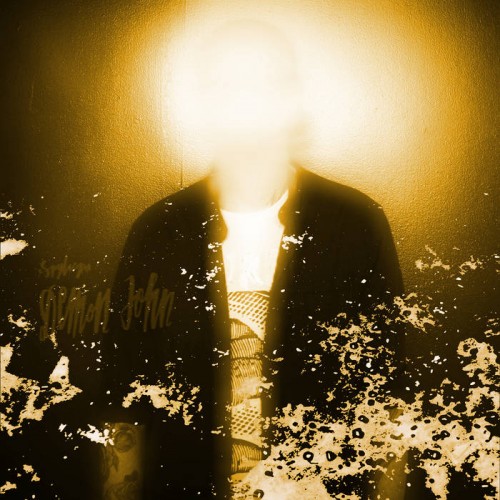 John LaMacchia of Candiria fame returns with the latest record from the Brooklyn resident’s acclaimed Spylacopa project (purchase HERE). Like anything else he has been a part of, Demon John shows a huge range of musical capability while retaining a sense of adventure and reverence for art itself. This is not mere showboating just because he can.

From the collage/electro weirdness/soundtrack feel of “Van Sicklen Valley” to the almost shoegaze/dark post-rock meets grunge feel of lead single “Duskeyhead” ,there is a swirl of influences too numerous to break down. Besides, that would only be another form of showing off and it is cooler to let the music wash over you in movements than to nitpick it all apart.

“Nolita Lullabies” appears to be recorded street noise of someone kind of ranting about how real friends will never harm you. It’s a cool :52 interlude and kind of funny if you have ever heard someone slightly intoxicated on a street corner. Sabrina Ellie’s backing vocals on the dark , almost Nice Cave meets Bee & Flower reminiscent “Lovely One” are also a highlight.

“mAlice” is an alternative rock gem that bears the most in common with the recent Parallels or previous Spylacopa EP in terms of tone. LaMacchia sounds like he has grown a lot more confident as a singer while also displaying some of the great melodic lines here that were sprinkled throughout the semi-controversial more melodic (yet nonetheless banger) Candiria record What Doesn’t Kill You…

There is an almost Alice In Chains meets Swans by way of Brooklyn disillusion-feel to much of this record. It feels very much a postcard from John more than some of the other Spylacopa albums which, while bad ass, at times were more like an assemblage of bad ass tracks than the smooth narrative Demon John is.

“Christmas In the Desert” assures the lonely overall feel of this beautiful album is not lost, LaMacchia really showcasing his virtuosity as a player yet not tipping his hand on a reverb heavy acoustic instrumental that could have fit somewhere on a record from Burton C. Bell’s Ascension Of The Watchers.

“Frenz Lyke Theze” is another true highlight, a classical sounding dark ballad that is audiophile gold. Weird looping hand drum patterns and other aspects lend to a growing feeling of ascent as blips and a glitchy beat create a skeleton before your eyes.

Can’t wait to hear what is next from this restless spirit. This record proves beyond a doubt that LaMacchia can keep Spylacopa strong with any collaborators or on his lonesome.