Album review: SubRosa – “No Help for the Mighty Ones” 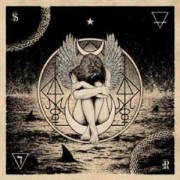 On “No Help for the Mighty Ones,” Salt Lake City’s SubRosa evokes powerful images of barren landscapes and grim deserts in a dusty western tone similar to the one that catapulted acts like Kyuss and Earth into lasting fame. Positioned somewhere between dark folk and thundering sludge metal, SubRosa creates spatial music with an unorthodox approach to instrumentation. Their lyrics, which revolve around restlessness, despair and death, could very well be the soundtrack to a Cormac McCarthy novel or even a remake of “Mad Max,” but despite this grandiose harshness and instrumental violence, “No Help” is an extremely beautiful sonic journey.

“Borrowed Time, Borrowed Eyes” opens “No Help for the Mighty Ones” and does it so well, that it’s hard to imagine how SubRosa is going to keep delivering on the rest of the album. The rhythm section (drummer Zach Hatsis and bassist Dave “The Deuce” Jones) carries off into an Amon Düül II-esque jungle of percussion and groove while the haunting voice of front woman, Rebecca Vernon, is guided along by the violin virtuosity of Sarah Pendleton and Kim Pack, whose instruments sound like shrill trumpets. The song is supposedly inspired by Cormac McCarthy’s post-apocalyptic novel The Road. When the chorus line, “In the darkness he holds his son/There is no God/There is no love” first comes around, the full force of the hopelessness and despair SubRosa conjures hits the listener like a ton of bricks.

But unlike many a powerful album opener before it, the tour de force of “Borrowed Time, Borrowed Eyes” does not overshadow the rest of the album. On the contrary, SubRosa manages to build on a strong foundation. The two subsequent tracks, “Beneath the Crown” and “Stonecarver,” maintain the doomstruck melancholy while balancing it out with elaborate, heavier-than-heavy guitar riffs. “Attack on Golden Mountain” is the axis around which the album revolves, both on the tracklist as well as thematically with verse lines like; “The sun is setting/Mountains on fire/We’re so alone here/Don’t go far” and “He holds her hand/Shuts her lifeless eyes.” The central McCarthian-theme of destruction and the death of hope is in the end really about losing loved ones, not just an abstract image of the world in flames.

Before the last track, ”Dark Country,” an acapella version of an old English ballad entitled “House Carpenter” has made its way onto the album. A beautiful song about a woman led astray by the devil, this vocal arrangement by SubRosa’s predominantly female crew provides an amazing counterpoint to the otherwise instrument driven force of nature that is “No Help for the Mighty Ones.” SubRosa has been compared to many contemporary doom and stoner acts – Acid King has strangely enough been omitted in comparisons, yet definitely deserves a spot on the reference list – but the band is really a folk ensemble in the traditional sense of the word. SubRosa tells stories with words and music, like troubadours of an imminent catastrophe.