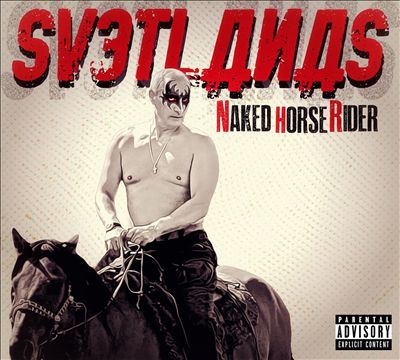 Svetlanas were just banned in Russia, play punk that is borderline thrash metal and have one of the fiestiest and most confrontational front-women around, Olga. The new record was produced by Blag Dahlia of The Dwarves and Andy Carpenter and is on boutique DIY working class punk label Altercation Records. You should be drooling by now anyway but did I mention it also has arguably the best cover art of the year?

It is not because I am Estonian and we are stereotyped as hating Russians after years of the occupation by the USSR, though my grandpa was sent to Siberia under Stalin and I never met him. No, I am not a hypocrite and can say that American politics is a clusterfuck of hypocrites too, but that doesn’t make what Putin is doing right. Censorship,Pussy Riot’s incarceration, homophobic idiocy and brutal police state tactics undermine anything genuine Putin says, much like no one is fooled when we have inter-continental stare downs over missile base locations and try to act like the USA is the only one moral enough to have nukes. No one should fucking have nukes, unless horrible face rape aliens appear from the sky and we have to defend ourselves. Jesus! Drink some vodka and dance, everyone! All of our countries love vodka.

Anyway, from the no ripcord yanking high speed charge of the hysterical “I Must Break You” which should be in 50 Shades Darker (ahahaha), to the hysterical title of “Crimea River” that deals with the very real and sad topic of the Crimea conflict to “Sacrifice Your Orifice” and “Go Fuck You Self”, there is a lot of real meat here in the satire. I mean, the band fucking pretend to be KGB Agents, which makes it pretty damn funny they’ve been banned from Russia. Pick this up and thank me later. Snarling brilliance, no fucks given. #altercationrecords #svetlanas #KISSarmy #Putinwillbepouting #KGB #thrash #punkrock #thedwarves