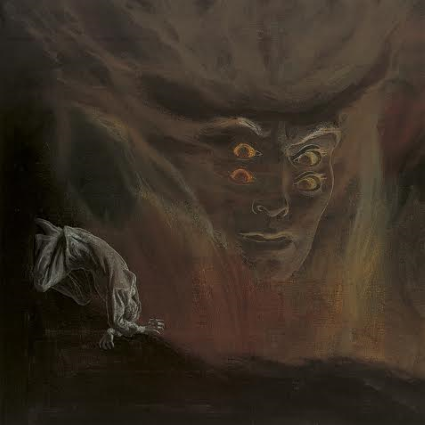 Swallowed‘s “Opening Of The Key” boasts a Charon-helmed boat ride to madness via the ominous and impending insanity tinged, spacious intro the likes of which haven’t been heard since Dripping Goss’ “prelude/we onward” from their early Flake record (which no one heard). When the plodding and remarkable attack of the impactful Eagle Twin meets black metal Melt Banana “Reverence Through” takes over, you’ll be way past the Mahavishnu point of turning back. Your spaceship is in a fuckin’ shit storm of distortion and inarguably undeniably crazy and heavy shit. Mental freak out shit, but with drums that are in charge of pretty much everything, gruff vocal acrobatics to make Rammstein blush and humongous balls dangling from we do not give a fuck riff-outs. I don’t know how else to describe it. Seven years from inception, the Finland based project hit a real stride with this one.

“Arterial Mists Of Doom” is a near perfect eruption of filthy doom and epileptic speed, married in unholy hellfire to some of the oddest textures since this year’s new one from Brussels’ Emptiness.

“Black Aura” has a certain dreadier side of Boris panache to it, thumping pylon suspended hits thudding into the artificial Earth while engines bear down with all the insistence of planes in some WW2 propaganda movie meets arthouse romp through Purgatory, complete with falling water sounds, feedback contemplation and psych rock dystopian meditations and flirtations with some Syd B. Floyd-ian Freudian Skinny Puppy. Cuz that’s the thing, maybe hell is not knowing if we could have been invicible? If we even should want to be. Confidence versus humility.

“Black Phlegm”. Hurtling into a void that could be our own minds.