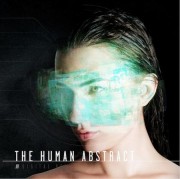 Hailing from Los Angeles, California, The Human Abstract return to the spotlight after three years and several line up changes to expertly deliver “Digital Veil” on E1. With the return of founding guitarist A.J. Minette and addition of new singer Travis Richter, there has been new life breathed into this device. The only drawback I have found is that it tops out at just over 36 minutes. While there are only eight songs on “Digital Veil,” each one devastates and delights the listener.

Upon first listen, “Elegiac” features textbook A.J. Minette classical guitar stylings, the ones that take you to a distant, foreign place and leave you completely adrift, only to reel you back in with distorted guitar leads that suggest you are not alone on your journey through sound. Later, Minette steps into another role on “Horizon to Zenith”, pianist. This song typhoons in so many directions, one can easily get lost in the storm of riffage and percussion. At the height of the madness, the sun clears the clouds with a lovely piano soundtrack perfectly melded with Travis Richter’s clean cut voice.

Travis Richter is now at the helm of our ship. His clean vocals are highly demanding and the fury of his growl is decimating. His perfect blend of the two stand tall alongside the band. Most notably, the sheer intensity of his angry side is quite surprising in contrast to the clean. “Digital Veil” and “Faust” are perfect examples of the immensely violent vocal stylings, while “Antebellum” and “Patterns” relishes in the serenity of the slightly softer side.

My only qualms with “Digital Veil” are mild. During the promotional phase of the release, four songs were shared with the world as previews to the yet unsung. Little did we know, we had half the album already, for there are only eight songs in total. I felt slightly dissatisfied with the over-publicizing, which passed as soon as I had the whole album and I could listen to it with relentless repeat.

I highly recommend this album to anyone who is a fan of The Human Abstract’s first CD, “Nocturne.” It is easy to see A.J.’s impact on the band’s styling. Also, this is for anyone who teams for highly complex compositions and advanced technical chops. Travis’s voice is another aspect that keeps me coming back to this record. His vocal capability is quite amazing when compared to other singers within the progressive metalcore genre.