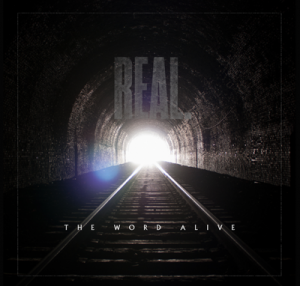 GROWN. That’s the one word that sums up The Word Alive’s upcoming album Real. Telle and the boys said in previous interviews that they planned on stepping their game up with this new album. They weren’t fooling around either.

There’s something in the water—or rather the studio. Tons of bands are dropping their albums on June 10th. The Word Alive is one of them.

To begin with, REAL is more technical than anything The Word Alive has put out in previous years. The issues they cover seem to be far more personal. While listening to the album one can tell that the band took time to pick their issues, titles, and lyrics very carefully and thoughtfully. There is more clean vocals in this album than there has been in previous albums as well.

A song that catches my attention would have to be” Broken Circuit”, which is unlike anything I’ve heard come from The Word Alive before.  It took me a second to figure it out because it was that different. The song reminds me of old school rock n’ roll with a taste of the newer rock scene—all combined into one neat song.  The guitar in this song is out of control in all the best ways possible. While the song is different from a typical TWA song, they execute it very well.

Other songs like “Glass Castle” were made for Warped Tour crowds. When the crowd hears this song chime in, they’re going to lose their minds. REAL is an album that’s going to keep the fans talking for a longtime.

The album differs from TWA’s normal music route—it just feels more developed and more put together. It differs in style too. All the change is for the better though.  This album will no doubt give some people their summer anthem. Personally, “To Struggle and Claw My Way” is mine. The song goes harder than the rest and just sounds great!

This is the band’s album that is going to push them into the spot light and keeps them there. It’s great to see bands growing into their own and evolve into even better artist. The Word Alive has done that with REAL. I’m excited to see where the future takes The Word Alive.

If you’re going to buy any albums on June 10th, make sure this is one of them.

The band will be out on the Vans Warped Tour this summer along with a few of their other label mates. For dates and ticket information click here.

For more information on The Word Alive make sure to check them out Facebook.