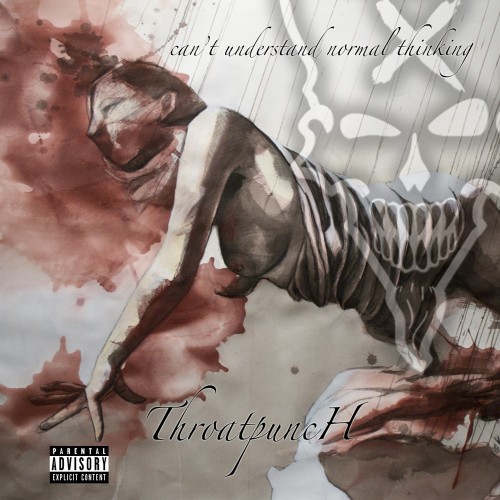 Can’t Understand Normal Thinking starts off with ‘Murder on the First Date’, which is melodic and slow to start with and is ultimately executed with a perfect marriage of horror-gothic lyrics and their death-infused groove metal fashion. With murderous lyrical content and a sample of a woman orgasming laid over a guitar solo ‘Murder on the First Date’ is not without its Wednesday 13 and MurderDolls influence.

The thing that ‘Murder on the First Date’ and many of the songs on the album do, is to show how much the band has grown. ThroatpuncH displays in Can’t Understand Normal Thinking that they have an ability to successfully experiment with different sounds and styles while remaining what they are – a HEAVY heavy metal band.

I really appreciated the sampling choices of the first album and when ‘Captain Jack’ starts with what I can only assume is Regis Philbin complaining about getting cut off in traffic, I know I’m home in the ThroatpuncH sound. Adam screaming, “I celebrate! this chance to hate! your fucking face!” over chugging guitars is just the icing on the cake.

The thing I appreciated about ThroatpuncH was that when everything felt like shit, another interview for another crappy job went bad or people were giving me shit, I threw it on and I fucking went nuts, the one thing I’m not feeling as much on this album is that grab-you-by-the-throat righteous anger.

“The Boonies” is a powerful song, starting with an eerie lyric, “It’s all for dope and it’s all for dope and you’re all alone” before exploding into an epic metallic landscape, with brutal instrumentation and Lahr growling, “Going to show you how it feels to burn inside – Alone!”

This album offers a very smooth, heavy, powerful feel for the casual listener, but for the deeper listener this album seems to express some pretty heavy themes.

“Sleeper Cell”, the closing track on the album, is an anthem against the mundane and the complacent in groove metal fashion. It harkens back to the bands debut effort, and leaves a promising note that the band will be carrying their angry metal tradition onward.