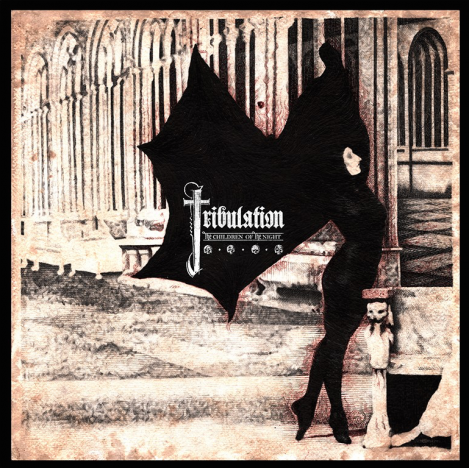 The Horror is really awesome but no one is really crafting the formula the band have struck on here. The riffs are potions you’ll want to down and be swirled away by, melodic but dark and fresh. Even Beastmilk or death rock fans can maybe get caught up in the ritual and it has the edge of focused imagery and tone that makes the far more black Watain so great. “Melancholia” is a maze of winding riffs, while “Holy Libations” also surprises with a cool temperature loose and near jazzy intro that succumbs to a darkly spreading pool of blood. The classic heavy metal feel becomes present in the verses before tumbling drums and tasteful restraint is growled away as a spiral staircase shaped lead riff takes us aloft again.

This is a record perfect for deep immersion, many good moments and lyrics that will stick in your skull like words to a spell. “In The Dreams Of The Dead” is another tune that must be mentioned, a song with dynamics and a dark ecstasy buried in its’ singed heart. Drink deep of this brew. This would be near perfect except they could have trimmed a little fat, but all in all it is pretty killer.