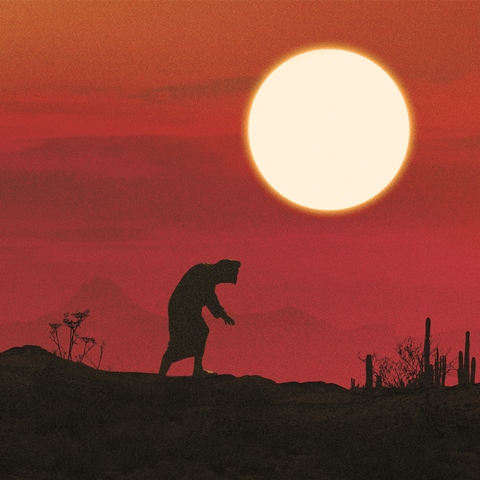 Turbid North finally return with the proper follow up to the impactful debut Orogeny and despite taking half the time since the last Tool album, which is still five years and too long for a rising band, it was worth the wait. If anything, Eyes Alive exceeds expectations, since no one was sure if the new three piece version of the band would pack the same punch. A catastrophic solar concept album where people are forced to live underground, the record hits hard and has the power of early Mastodon or Kingdom of Sorrow without being too derivative.

Slaved over tones, cliff shearing/mountain crumbling solos, thrashy sections, bellowed vocals. This one has it all for aggressive sludge metal fans. The riffs have a testosterone infused swinging arms feel without becoming ninjitsu hardcore, more on the King Kong side of things. At 9 tracks, it is nonetheless a full plate. Most of the tunes could be a full workout session in themselves.

Again, he once quartet have become a trio and while it means this record has a slightly less death metal sound, I’m liking the way the drums really cut through more now (see “The Pyramid Drones”). If anything, the leaner sound allows you to really hear the bass growl and textural differences. They sound more than capable of hopping in a van and laying waste to wherever. The band have the hunger in their sound that has perhaps been replaced in a proper Mastodon record by more slick, proggy comfort (to take nothing away from metal’s biggest success story of the last decade or so who deserve their success).

Turbid North remain a very cool band, though the material is most interesting on repeat listens when the band show their influences less. “Destroyer of Worlds” is almost like a grind song with slower Sirius-era Gojira verses before it really becomes interesting and the drums go apeshit while really weird dissonance takes over until the band just sludge the hell out.

“Black Sun Rising” is the most awe inspiring initially, with a Kirk Windstein worthy slow and trippy melodic opening section worth raising lighters or fists too. “The Great Dying” is another standout track, the band allowing themselves to relax and vibe out to a sun baked, stretched out darker desert rock soundtrack that could appeal to C.O.C. , ASG or even Down fans. Not reinventing the wheel here but it’s a rock solid record.

To be released via Turbid North’s newly created label, The Pyramid, a pre-order bundle for Eyes Alive is available via www.TurbidNorth.comthat will include an exclusive album t-shirt with CD or digital album.