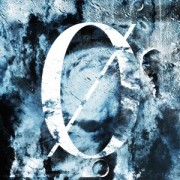 Today Tampa Bay, Florida’s Underoath releases their seventh studio album on Tooth & Nail Records. This also marks the third appearance of producer Matt Goldman, who produced “Lost in the Sound of Separation” and “Define the Great Line” prior to that. “Ø (Disambiguation)” is also the first album without any of the founding members, as drummer Aaron Gillespie, the last remaining of the original line-up,  left the band in April. His replacement for the recording sessions is ex-Norma Jean drummer Daniel Davidson.

At first listen, Christopher Dudley’s synthetics are established very early on and remain prevalent through the album.Vocal cuts, audio samples, and left to right crossfades are riddled through the recording, along with some mild stylings on many intros. His work really shines on “In Division” and “Driftwood,”  the latter echoing “Desolate Earth: The End is Here” from their previous release. The deluxe version includes remixes of “Paper Lung,” “In Division,” and “Catch Myself Catching Myself.”

Where “Lost in the Sound of Separation” sounded very echo and reverb heavy, “Ø” tightens things up and brings you closer to the sound’s composition. In aural contrast, “Lost” seems to have been found in”Ø (Disambiguation).” Disambiguation is the removal of uncertainty, which definitely carries over into the album. The confidence and calculation of this recording seems to have cleared some of the smoke, letting a new wave of talent and discovery breathe into the band. Lead vocalist Spencer Chamberlain’s vocal range really pushes the limits on “In Completion” and “Paper Lung,” showing valuable versatility. Newly added drummer Daniel Davidson’s kit comes alive on “Illuminator” and “A Divine Eradication,” making his mark as a perfect root and foundation for the guitars to meld flawlessly with.

The only drawbacks are few, most notably Grant Brandell’s bass mixing is hard to hear in certain instances, but not without carving out some fierce tones in ” Catch Myself Catching Myself,” “In Completion,” and “Reversal.” The full band continues in their safe home of song structure, not branching out too far from the trunk, with the exceptions of the more prevalent synth and the three remixes. This is a win for any fan of Underoath, but only a mild gain in terms of pushing the envelope of sound.