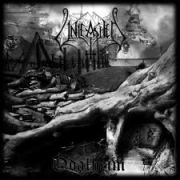 Ladies and gentlemen, boys and girls, children of all ages; MetalRiot.com, in association with face ripping, neck snapping, ear busting, and an overall ass kicking, bring to you, the undisputed old school Swedish death metal champions of the world, UNLEASHED!

A bit much? Maybe, but let’s face it, Entombed has been hit or miss for years now, the mighty Dismember packed their bags and called it quits, and Grave, well Grave has been holding it down pretty good the last decade, but not good enough to beseech the Viking death metal battalion that is Unleashed.

Odalheim, Unleashed’s eleventh studio album, finds ringleader, Johnny Hedlund and the boys, doing pretty much what they’ve always done since the release of their first album back in 1991. Unfortunately, too many metal heads will dismiss Odalheim as simply being the same old stuff. It’s unfortunate, because those who’ll dismiss it will surely be missing out on a damn good and enjoyable album.

Check out what you’re missing here.

Honestly, there’s not one bad song on “Odalheim”. The feral opener, “Fimbulvinter”, with its blackened melodies and vicious, seething vocals, brings the intensity, then suddenly slowing things down to an Immortal styled vibe. “Gathering of the Battalions” is another album highlight, which simply pummels and annihilates and “The Soil of Our Fathers” is fantastic, with its acoustic intro giving way to a huge, chunk ridden riff that screams groove, while the bass work and guitar solos literally bring a smile to my face.

The lyrical matter of Odalheim is nothing new, following the same topics as always; Viking history/folklore, Christ bashing, heavy metal unity, and of course, blood, battles, and loyalty. The lyrics themselves have always had a bit of cheesiness, and things are no different on their latest release. This usually has been an attribute that actually lends itself to Unleashed in a positive manner, yet when I hear Hedlund growling about Mayan warriors (“Rise of the Mayan Warrior”), I can’t help but roll my eyes a little.

My complaints of Odalheim are few and far between, but the ones that draw an issue with me are the length of the album, and the fact that too many of the songs have intros, similar sounding ones at that. Now to be fair, I have a problem with the length of at least 75% of today’s metal albums. It’s obviously a personal issue more than an album flaw, but at 43 minutes, I felt Odalheim was a bit winded. Shaving it down a mere 7-8 minutes would help things immensely. As for the intros, Holy crap! Seven, out of eleven tracks, contain an intro of some sort, and as stated earlier, they all sound too much alike. Simply cutting out half of the intros could have helped with the length problem also, thus killing two birds with one stone. Regardless, this album successfully pulls off that true album feel, as opposed to just a collection of songs.

Unleashed die-hards are going to love their latest release. Those new to the band would be advised to first seek out the first two albums, as well as Midvinterblot. If you’re one of those that enjoys Unleashed but doesn’t need to own every album, then you may still want to pick up Odalheim, as there are a few minor tweaks and explorations happening within.

Even with my miniscule complaints, this is a damn good album, worthy of carrying the Unleashed name. It may not be a scene or mind altering album, but it is an album that satisfies, when that chest beating mentality of metal is desired.