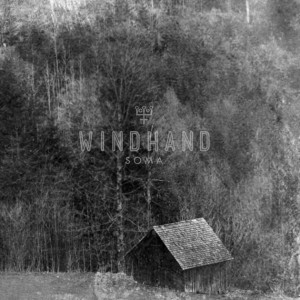 Richmond, Virginia’s Windhand present a clear love of plodding doom in the very best sense on Relapse debut Soma, one of the coolest late in 2013 releases in a year that was killer for all things metal. From out the gate with the rolling, oceanic fuzz of “Orchard” the group chart a course for the dim lights on a dying horizon. That is not to imply the tried and true doom the group slings has scant relevance left, but rather that while they aren’t the most pioneering group, Soma shows Windhand know you can still squeeze a very potent blood brew from the metaphorical philosopher’s stone of the doom genre.

What they are doing they do right, with walls of distortion and the nerve melting, echo drenched coo of vocalist Dorthis Cottrell adding a real sense of mystique to killer tracks like the 13+ minute “Cassock” and the commanding album standout “Woodbine”. “Evergreen” breaks up things nicely with acoustic guitars resting like raindrops across billowing clouds and dreamy vocals. ‘s cool. It kind of reminds me of an Appalachian “Silent Night”. It isn’t as breathtaking as, say, the more experimentally minded and overall more affecting Salt Lake City outfit SubRosa’s accapella “House Carpenter” from their 2011 Profound Lore release No Help For The Mighty Ones, but Windhand are pointed in the right direction. I am totaly digging the shit out of this record and the few online critics who say it fell a bit short come off sounding more like they had lofty expectations of “the next” Black Sabbath Vol. 4 or something, rather than the band being at fault. I am listening to this as a thundersnow storm rages outside but this baby named Soma  is keeping me warm through the cold night.