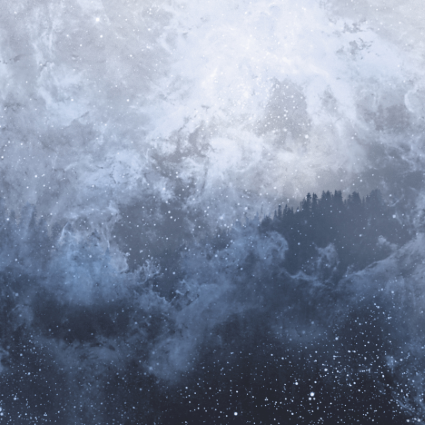 Celestite is somewhere on the scale between Bathory, The Alan Parsons ladyhawke soundtrack, and uncharted territory. Aaron and Nathan Weaver built a new album atop the weird mix buried bedrock of sounds from their Celestial Lineage release and made a new record on top of it. The result is an oddly moving space odyssey of Dark Crystal worthy trance out numbers. “It’s not so much meant to simultaneously be played with Celestial Lineage the way Tribes of Neurot paired Grace with Times of Grace, by Neurosis. Rather, this is like a companion piece.

“Turning Ever Towards the Sun” is a deep delving of cold and warm sounds, light and creation. sparkling synth textures and Eno esque waves of tone coax you, at times with uneasy insistence, into this journay that feels like water tracing a route deep back into the Earth,

My favorite instrumental release in some time has been Mogwai’s spectral Les Revenants, which I think equals or surpasses their best work in moody, mercurial longing and the coveted comforts of “This Messiah Needs Watching” or “the Huts”. Likewise, songs on Celestite demand attention through subtle shifts or outright bold excursions into dementia’s edge. “Initiation at Neudeg Alm” is the abyss staring back, a masterful glimpse of the brink of the sub concious.”Bridge of Leaves” is disarming, a slow drift through vast reaches before your dream turns for home. So yeah, clearly this release is for the more experimental minded black metal fans who can understand music is more than just the tropes of dark fashion. “Sleeping Golden Storm” arrives after the self-revealing layers of “Celestite Mirror” fold persona like the negative zone. The ambient wash that closes out this spare and yet so densly ambient album will leave you somehow fresh, thrilled and yet discomfitted, much like a meditation on our origins or nature itself.