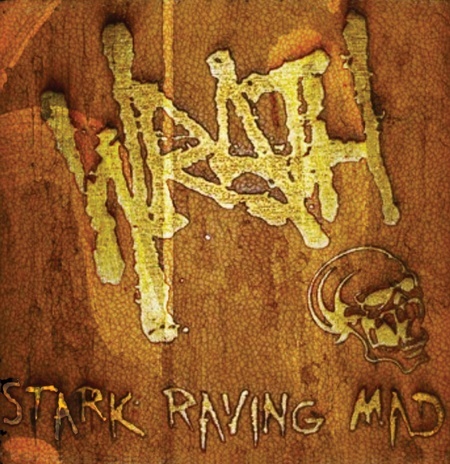 Anyone remember the movie Leatherface: Texas Chainsaw Massacre 3?
You know, the really dark and gritty one starring Vigo Mortensen and Ken Foree… Getting anywhere yet?
No?
Ok, let’s try this – the one with the kickass metal soundtrack?
Oh yeah, now we’re getting somewhere.

Let’s take a trip down memory lane…
Back in 1990/91, when I was a wee little tyke, I saw this movie for my first time. I was into a lot of horror as a kid, but the most memorable part for me wasn’t the scares or the gore. It was this intense metal sound that came blasting through my giant ass 36 inch box of a TV. The music that was featured in the movie was my introduction to metal, though addmittedly, I can recall my very first cassette tape I owned was the soundtrack to Bill & Ted’s Bogus Journey, which featured bands like WINGER and SLAUGHTER, but that’s another story for another time, as I am here to talk about one of the TCM3 soundtrack bands today. No, it’s not LAAZ ROCKIT, who had the song Leatherface. I’m not talking about SACRED REICH or DEATH ANGEL either. I’m talking about a band known as WRATH, who’s song “When Worlds Collide” can be heard in the film during a fight scene while a little girl stares out the window holding a doll and a knife chanting “Get Them! Get Them!” I haven’t seen the movie in quite some time, but upon looking up this track, I remembered exactly where I heard it the second it got to the solo. Pretty good memory, eh?

For the full review see BELOW. (Note: This album came out last year late Summer but since we missed it and are glad they are back we are running this review anyway!)

Album opener “Face To Face” is a perfect way to set the tone of the album, letting you know exactly what you’re in store for. Halfway through the song, I had already found myself drumming on the steering wheel of my 1992 Buick LeSabre, which is a funny image if you know what those cars look like, and I was already singing along with the chorus, which is definitely fit for crowd participation during the live shows. Next up on the tracklist are “Licking Wounds” which actually struck me as very TESTAMENT-esque, and “Into Machine” which is a song about robots, that is fast as fuck from the very opening, and left me windmilling until the end! “Within” is next up, and another killer track. This one opens with a riff that was very reminiscent of JUDAS PRIEST. “Payment Due” and “Heads Hung In Shame” are definite key tracks for the album.

If I were listening to this album on an Xbox, I’d get a screen that reads “Achievement Unlocked! Comeback Level: Expert”
If you’re an old school metalhead, and into bands like NUCLEAR ASSAULT and OVERKILL, then WRATH is worth checking out.

PS – If you’re in a public restroom and see a sign that says “Employees Must Wash Hands”, it’s probably for the best that you ignore it and wash your own hands.