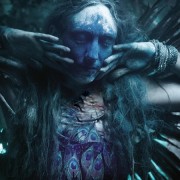 Today, Prophecy Production announces the second set of Alcest‘s North American tour dates. Touring in support of their just-released Les Voyages De L’Âme masterpiece (our top Staff Pick from January) and sponsored by Hails & Horns magazine and BrooklynVegan.com, Alcest will begin their latest headlining North American trek on March 17th, at the esteemed South by Southwest fest, and then will tour throughout the duration of April, as the second set of dates revealed today.

Support for this first set of dates will be provided by Deafheaven.