Alex Re guitarist of Counterparts, parts ways with band…get it? “parts”…nevermind 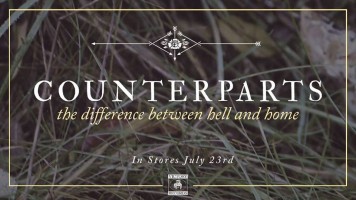 Guitarist Alex Re has announced his departure from Canadian metalcore band Counterparts. He has been with the band since 2009 and there is no word as of yet who will replace him.

The split looks like it was on good terms and he has released an official statement which you can read here.

The bands most recent, The Difference Between Hell and Home, was released in  July of this year via Victory Records.

“Just to set the record straight, I am no longer a member of Counterparts. The last 5 years have been the best I’ll ever know. Eric Bazinet, Jesse Doreen, Brendan Murphy, Kelly Alexander Bilan as well as Ryan Juntilla and Chris Needham all had a hand in truly showing me the time of my life. I’ll never forget it and I thank you guys so much for taking me on this journey with you. Unfortunately, it’s time for me to take a different path in life and its all for the better. I followed my dreams and it paid off completely, no regrets. Thank you to everyone who showed support to the band and the 3 records we put out together, the last one in peticular being one of the most exhausting but rewarding efforts of my entire life. I’m playing one last hamilton show with the band on December 6th at the Underground, so friends and family, come out and make this special for me one last time.”