Amon Amarth added to Knotfest Japan (that is a melting pot!) 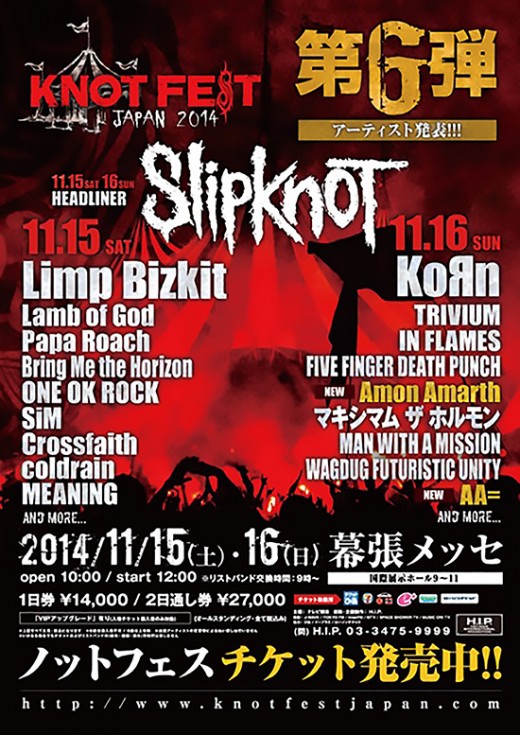 Sweden’s Amon Amarth will be sailing to Tokyo, Japan for KNOTFEST 2014! The festival takes place on November 15th and November 16th, with Slipknot headlining both days. Amon Amarth will be performing on the 16th along with Korn, Trivium, In Flames, Five Finger Death Punch, and more. Tickets, the complete line up, and more information can be found at http://knotfestjapan.com.