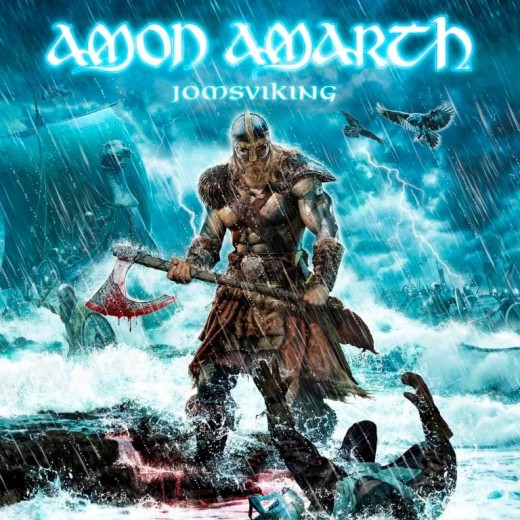 By far their most ambitious project to date, Jomsviking is available for pre-order in various formats now at ‪amonamarth.com (see below for the official track-listing) – where fans can also view the video for the album’s first single, “First Kill”. Produced by Grupa 13 (http://www.grupa13.com) and directed by Darek Szermanowicz (Behemoth), “First Kill” was filmed in Gohrweide (Germany) and Warsaw (Poland) and features a cinematic depiction of the violent, brutal lyrics, along with powerful live footage of the band performing with their full dragon head and pyro stage-set.

6. The Way Of Vikings

10. A Dream That Cannot Be (Featuring Doro Pesch)

11. Back On Northern Shores