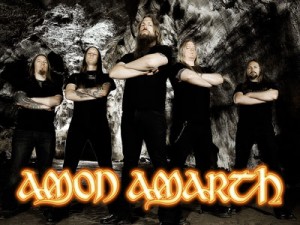 The hardened soldiers over at Metal Injection have awesomely been posting full pro shot sets from Wacken 2014 -including the likes of Motorhead, Emperor– and more. My fave so far has been the awesome performance from Amon Amarth, opening their set with “Father Of The Wolf” and laying waste from there to everything in their path.

Click HERE to watch the set and head bang for Odin.