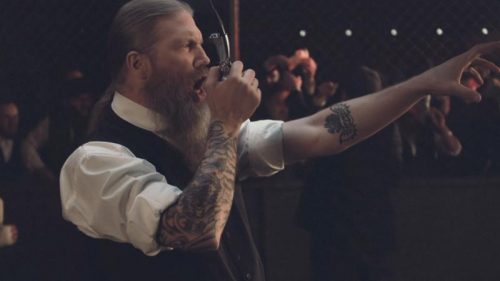 Surprise! Amon Amarth have decided to stop singing about Vikings and instead will focus entirely on Strawberry Shortcake from now on! I jest! Of course they have a new video and it is still about Vikings, you feeble peasants! Though the look of the video is actually like an old fashioned fight club/gambling den, oddly. Regardless, it is still another blood drenched winner from Jomsviking! Ahhh, the guitar solo section is so tasty like fine mead!