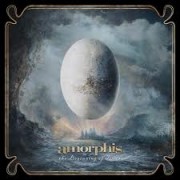 Finnish dark progressive metal icon Amorphis recently gave Germany’s Metal Hammer Magazine a behind the scenes look at their upcoming video “You I Need”. The video, shot in Berlin, Germany, will be the first video from their upcoming album “The Beginning of Times” which will be released on May 27th (Europe) and June 7th (North America) via Nuclear Blast. Check out photos from the “You I Need” video shoot here.

You can also get a listen to “You I Need” along with “My Enemy” over at the official Amorphis Facebook page. And don’t forget to check out “The Beginning of Times” release trailer.